The Los Angeles Kings are sitting pretty in the Stanley Cup Finals with a 3-0 series lead over the New Jersey Devils. And their fans (the Kings have fans?) are getting into the spirit of playoff hockey by taunting the Devils with giant cutouts of Jersey Shore cast members. Ya know, ’cause they’re from Jersey. 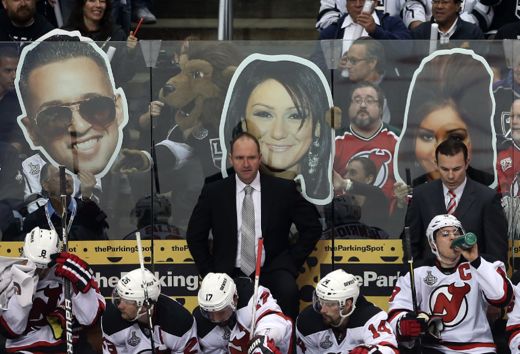 Maybe the Devils should bring in butterball Snooki to mind the net in Game 4. Hey, desperate times…