Outside Magazine, which never misses an opportunity to put either a dude with his shirt off or Lance Armstrong on its cover, photoshopped Lance’s T-Shirt to say “38. B.F.D.”

That is just so creative and screams for me to buy the magazine. Ha. Seriously though, I used to get this rag for free but couldn’t bring myself to read it. Anyway, Lance sent a Tweet calling it ‘lame bullshit’ for what they did.

I agree with Lance. His face has sold tons of issues of that magazine and now they resort to using Photoshop to put something eye-catching on it. That’s pathetic.

F-you, Outside magazine, and Lance, here’s my lame attempt at Photoshopping the T-Shirt you should be wearing: 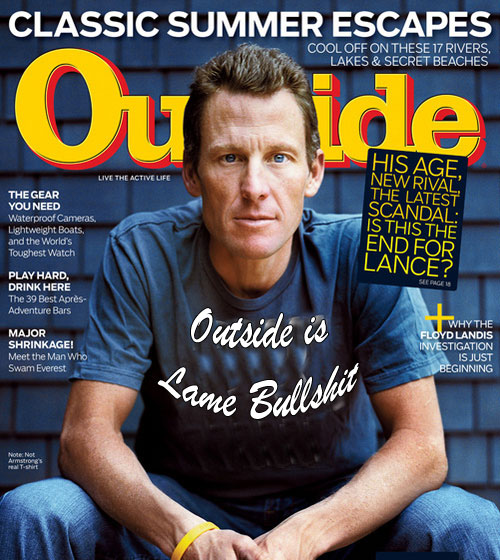