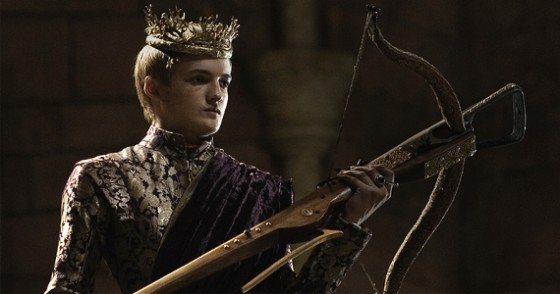 I have to admit, I wasn’t exactly in love with the first three episodes of season 2 of Game of Thrones. They were good, but after waiting nearly a year for the series to resume, and guzzling months of hype, I came away slightly underwhelmed. Then again, the introduction of new storylines, characters and locations takes time, so much of my disappointment can be chalked up to impatience. I want Robb to invade King’s Landing now. I want the dragons to be fully grown now. I want Joffrey’s head on a platter now.

All that said, last night’s fourth installment was a monster home run hit to center field. The hallmarks that made season 1 so amazing returned in spades: Tyrion’s masterful maneuvering, Joffrey’s twisted brutality, Arya’s stoicism and some brand new developments that will likely lead to plenty of badass, holy shit, WTF moments. Here’s a quick recap.

Strap in, kids. Things are about to get very, very interesting in the Seven Kingdoms.