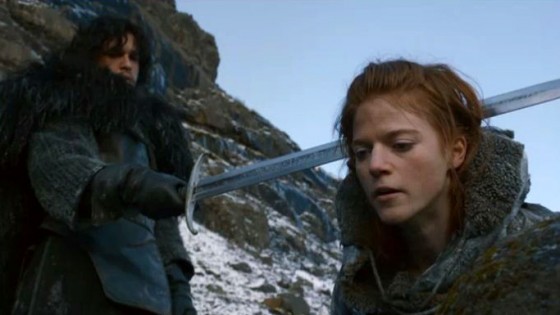 This one goes out to the ladies. The sixth installment of Game of Thrones’ season 2, “The Old Gods and the New,” delved deeper into the feminine wiles of a trio of lovely ladies, but also maintained a steady focus on the Stark daughters, both of whom found themselves in troubling spots. And of course Daenerys, in all her hotness, continued to fruitlessly navigate the strange and duplicitous city of Qarth, which as I said a couple of weeks ago, looks inviting from afar, not so much up close. There is much to discuss, so let’s get crackin’.

Only four episodes to go with several storylines to tie up. Will Stannis invade King’s Landing? What will become of Theon’s rebellion? Are we ever going to see Jaime again? And what the hell is the deal north of The Wall? Until next time…