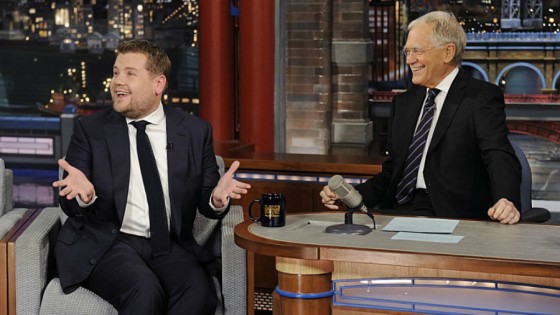 The Late Late Show was originally created by David Letterman to compete with NBC’s Late Night with Conan O’Brien. He was also the creator of the Late Night show on NBC and was set to be the successor to Johnny Carson on the Tonight Show but was passed up for Jay Leno. As a result, he left NBC and went to CBS where he began the battle for late night. 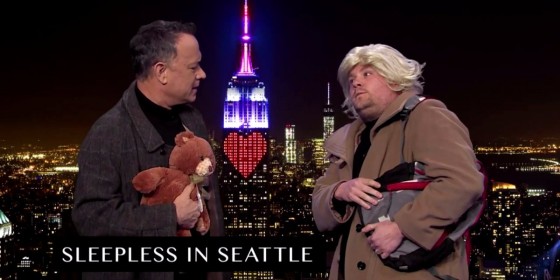 The Late Late Show has been hosted by four men and a few guest hosts since it began in 1995. Tom Snyder was the first host followed by Craig Kilborn, Craig Ferguson, and now, James Corden. Corden is a do-it-all British comedian. He is a writer, actor, producer, singer, and now, one of the funniest men on late night TV. He began hosting The Late Late Show on March 23 of this past year and in less than a year has created some of the greatest comedy sketches of the year and these are the best of the best from the past 10 months. Enjoy.

Details: Paula Abdul decided to bring back on of her oddest music videos that has become a cult classic but this time, playing the cool cat was Late Late Show host James Corden. It is still funny today only this time Paula making fun of herself makes it even better.

Details: Justin Bieber has dealt with a good amount of criticism throughout his career but when he makes fun of himself and allows the World to see him as a person, he is very likeable. And also funny which is probably why James Corden decided to bring him back for a second carpool karaoke.

Details: Arnold Schwarzenegger is not the average Late Late Show guest you would think would make fun of himself like this so when he appeared for a very fast film history, it was priceless.

27. Eating Breakfast with The Ramseys

Details: Gordon Ramsey is the meanest person on TV yet he is the most popular television chef in the history of the genre. He was the guest and brought his daughter along for the ride. This is the funniest family cook-off Late night has ever seen.

Details: Idina Menzel has been an unbelievable singer for a very long time, not just after Frozen. Regardless, she went on the show and rocked a classic movie song and dance.

Details: Demi Lovato and James Corden did a singing telegram for unsuspecting fans of the show. It wasn’t staged either, it was all real. The people they sang for had no clue this was going to happen making it even better when they received the telegram.

Details: Pretty in Pink is probably that entire audience’s favorite movie growing up. So when Jon Cryer appeared as Duckie, craziness ensued.

Details: Josh Gad was the voice of Olaf from Disney’s Frozen. However, he is also the star of Wedding Ringer and is one of Hollywood’s funniest new faces. He has a way of looking innocent while being sarcastically amazing.

Details: A soap opera written by using only Taylor Swift lyrics starring Julianne Moore and John Stamos? How can this not work?

Details: Who knew Carrie Underwood would not know that normal people, James Corden included, had no idea cowboy boots and hats would end up costing $2,000. Wow.

Details: Anna Faris and Tituss Burgess decided to join James Corden for a little bug tasting experience. From the looks at their faces, maybe they should have just stayed on the couch.

Details: Iggy’s real first name is Amethyst? That helps answer a few questions we had about her.

Details: As with many of these moments, who knew Ellie Goulding would be so hilarious in a reggae beanie?

Details: Rod Stewart has been around for a very long time, he has lived in America longer than James Corden has been alive. So watching him work with ASAP Rocky makes us cringe at the thought but when you hear it, you are knocked down by how great of a song it is.

Details: One Direction gives the fans something else to like about them when they appeared on James Corden to play Tattoo Roulette. The fear in their eye’s proves that it was not a setup, it was real. None of them, James Corden included, had no idea which one would be getting a new tattoo that night.

Details: After living in Space for his last couple of films, it is good to see Matt Damon back on land doing what he does best, charming the audiences of late night talk shows.

Details: The first Carpool Karaoke that started it all. This was a great example of how incredible a singer Jennifer Hudson is and also how wrong American Idol was when she did not win. (It still hurts, a little)

Details: Mind Link was a brilliant idea. However, it only works if the two people participating have chemistry with each other and the audience. If not, it could end up failing. This is far from a fail, it is nearly perfect.

Details: This is one of those moments that not many people got to see but it is brilliant and Mel Brooks is true to himself. He uses the camera and the crowd to break down that imaginary fourth wall, which only he can do so hilariously.

Details: One Direction and James Corden are probably the biggest fans of each other. It is very evident by this list where they are now featured for the second time. They are not done either.

Details: Anna Kendrick is one of the coolest and sexiest women in Hollywood. She loves to sing and perform and has taken the Pitch Perfect success to a whole new level with the one and only riff-off.

Details: James Corden was once in musical theater and actually starred in several musicals. But when he decided to produce Grease between stop lights, it is great.

Details: Mariah Carey is a diva but she is still one of the greatest singers of all time. She is not always a diva, which is apparent in this Carpool Karaoke.

Details: Betty White is the ageless comedian that knows how to own an audience.

Details: Stevie Wonder driving in the beginning is just plain hilarious. But he then goes on to make fun of James’s accent and finally serenading his wife with a classic love song. Amazing.

Details: If you aren’t a fan of Alanis Morissette already, this was a great way to change your mind. Her voice is almost as beautiful as she is herself. Almost!

Details: When you stop laughing, try and finish the rest of this article. It might take awhile as this is probably one of the funniest moments on Late Late night TV ever.

Details: Tom Hanks is awesome. He helped begin the Late Late Show with James Corden with a bang and let them do a film history in under 8 minutes knowing it would be huge on Youtube. And it was.

Details: Jennifer Hudson was the first but it was Justin Bieber that turned Carpool Karaoke into a huge success that James Corden has been able to repeat with the same level of hilarity as the rest.