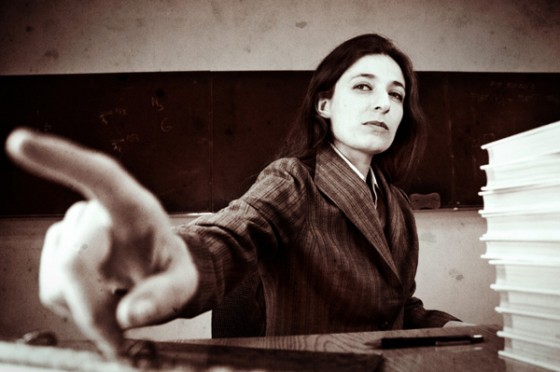 I don’t have a whole lot of pet peeves, but the ones I do have are serious and crippling. People chewing in my face: pet peeve. People who stink all the time: pet peeve. But today, we’re going to focus on some grammar issues that plague not only the written word, but also speech as a whole. So, if the idea of someone jawing your ear off talking like he lives in mountains in an old dug-out tree stump bothers you to know end, stick around and maybe gather some weapons for your next verbal assault. Or hey, maybe the person who can’t form a complete, grammatically-correct American-English sentence to save their lives is you… stupid! In which case, this lesson is for you.

Seen
Let’s use this correctly, okay?

Yes, this particular section is about the oft misused word, ‘Seen’. How many times have you been watching something like the news, where editors and scriptors can’t fix the damage, and you hear something like, “Yeah, we seen the fire burn down the prostitute’s crack house.” This absolutely grinds my brain like a mouthful of sand. Here’s the problem: ‘Seen’ is a verb and the past participle of ‘See’  So, when you have a past tense word such as seen, you need to precede it with words like have, had, or has, which are also verbs that link the subject to the other action verb. Now, as long as you have, “Jerry has seen the enormous dildo.”, then you have a complete sentence that doesn’t read or sound like you are a total uneducated Luddite.  You can, of course, enhance your thought with adjectives like, “My mom had apparently seen the robber get hit by a bus.” But, no matter what you cannot use ‘Seen’ without a preceding have, has, or had. So quit it!

Big Words
What are referendums and moratoriums?

Referendum: The principle or practice of submitting to popular vote a measure passed on or proposed by a legislative body or by popular initiative. Basically, it’s taking something the majority wants to see in effect, and putting it into action.

Moratorium: A legally authorized period of delay in the performance of a legal obligation or the payment of a debt. A waiting period set by an authority. Basically, it’s some higher-up telling someone he or she has more time to do something he or she is supposed to do. Possibly in putting something voted on into effect, even. So yes, you could put a moratorium on a referendum. Now you know.

This one is pretty irritating as well and there is a really easy method for telling the difference and which to use in which case. If you want to use ‘fewer’, you need to be able to readily count the number of items. For instance, “Janice had fewer breast augmentation surgeries than Brianne, so her cans are smaller.” See? You can literally count the number of new boobies the ladies have had, therefore it’s ‘fewer’. Now, for ‘less’, it kind of the opposite, “There are far less hairs on Earl’s back than in his ears.” Now here we’re assuming you can’t quickly count the number of hairs on Earl, nor would you want to. However, in this instance, were you to want to start numbering them, fewer can be used, too. ‘Less’ is more often correctly used when speaking of things like grass, sand, stars and the like; large amounts of things. Which brings us to…

Number or Amount
I’ve seen this a number of times. Ha ha.

These two words get misused so often it’s ridiculous. What’s so irritating is that the rules are exactly the same as ‘Fewer and Less’. When using the word ‘number’ to describe a collection of something you must be able to readily count them. “Doug had a large number of blackheads on his penis after a night with a whore.” With this example, Doug can actually count up all of his sores. And he probably does. In the next sample, we see ‘amount’ in action. “The amount of blue paint covering Anne’s naked body was slight at best.” Here we see that actually counting every individual grain of blue paint is basically impossible, so we use amount. Now you know, so do it correctly.

When using the word ‘Literally’, people literally have no idea what’s going on. Though often people use this word in a hyperbolic sense as in, “Long Dong Silver literally has a gigantic dong.” We all know this, so there is no need (other than humorously) to state the fact as literal when it is, in fact, literally true. Yet, when you hear someone who is just having a general conversation say something like, “Yeah, the Pacific ocean has literally tons of water, ya know?” you should feel free to punch him in the throat. There is no need to emphasize something that is already very true. Now, if I say, “Jason literally though I meant it when I said his mother was a great lay.” It might be true, but likely it wasn’t literally so.