LeBron James is Just Trolling Us 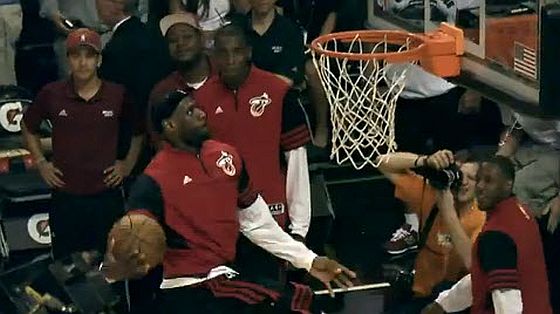 This year’s dunk contest suffered, among other problems, from a distinct lack of star power. One star, however, seems to be putting on a dunk contest of his own this week. Miami Heat star LeBron James has now put up a pair of impressive pregame dunks for the early arriving crowds in Miami.

In his most recent demo, LeBron tossed the ball up from the sideline, picked up the bounce, put it between his legs in the air, then threw it down to complete the show.

That dunk is a follow up to his spinning, between the legs, jam over the weekend.

We don’t know if the lackluster dunk contest is what motivated this recent outburst from LeBron, but we recommend fans showing up early for the next few Heat games.