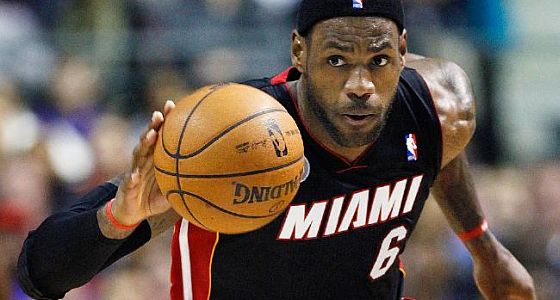 In last night’s game against Golden State, LeBron James reached two major career milestones. James started the festivities with his 5,000th career assist in the first quarter, hitting a streaking Dwyane Wade for an easy two points. That appetizer set the table for LeBron’s big achievement, his 20,000th point. When James hit an awkward jumper near the end of the first half it game him 19 points for the game, and 20,001 for his career, making him the youngest player to hit that mark.