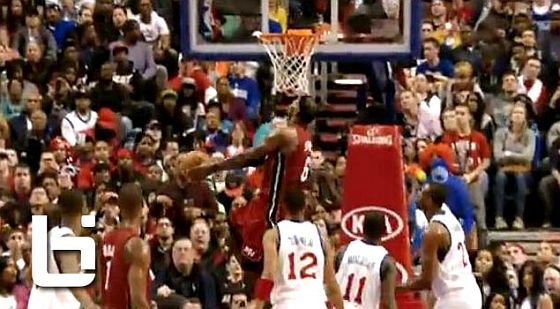 The Miami Heat won their 20th straight game last night, defeating the 76ers 98-94 on the road. Heat star LeBron James had only eight baskets from the field in the game, and none for more impressive than this reverse slam in the second quarter.

The win allowed Miami to become only the fourth team in NBA history to win 20 straight games. They are now just two wins away from the second longest streak of all time, though they remain a distant 13 wins from the 1971-1972 Lakers record 33 straight. The win also gave the Heat a decisive 10 game lead over the Pacers for the top seed in the East, and they remain the only team in the league to clinch a playoff berth.