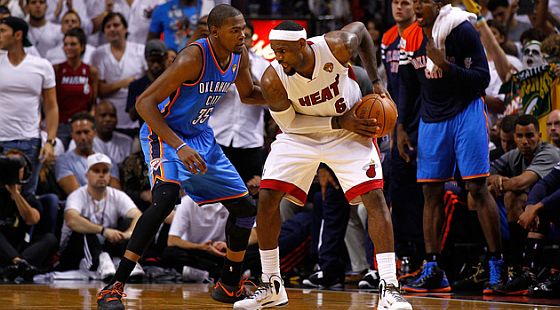 It was just last week when NBA reporters breathlessly announced that Miami Heat star LeBron James was working on a new shot for 2012. Now, thanks to YouTube, we have our first look at LeBron practicing the shot.

Not resting on his laurels after leading the Heat, LeBron is now trying his best to imitate Kareem Abdul-Jabbar’s signature move, and it looks like he’s getting the hang of it quickly. After an offseason hearing that Kevin Durant is becoming the best player in the league, LeBron looks to challenge for that title a little longer by adding another weapon to his arsenal.

For comparison sake, here is Kareem’s version of the same shot.

We can only hope that James’ impersonation of Kareem doesn’t stop here, we would love to see him star in a remake of Airplane with the corpse of Leslie Nielsen.