Media > Television > Legion on FX : Why You Should Watch

Legion on FX : Why You Should Watch 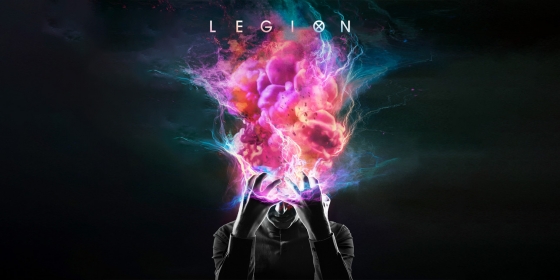 Televised and Cinematic Comic Book properties are all the rage right now, basically because fans really love to watch their favorite heroes and villains brought to life and kicking an ample supply of ass. We all know the likes of Iron Man, Captain America, The Avengers, Batman, The Flash, and Daredevil have captured our attention these days by becoming live action versions of their namesake comics. And we love them. And who could forget The X-Men? One of the original film franchises out of the gate that effortlessly made all of us believe that comic books could truly be brought to life. Well, imagine if there was a different kind of X-Man who is, according to Marvel lore, the most powerful mutant ever. Now imagine him in a TV show. His name is David Haller, the secret son of the X-Men founder, Charles Xavier, and he is known as Legion.

“Legion is an Omega-level mutant who has multiple personalities.” According to Wikipedia, “the manifestation of Legion’s individual powers are each associated with a different personality, and each personality controls a different power. The cumulative powers of all his personalities make him one of the strongest mutants in existence.”

In other words, in conjunction with David’s ability to absorb others’ abilities and personalities into his own, he can use those powers as his own thereby making him nearly infinitely powerful, yet incredibly unstable. Now, a lot of this lore is based completely on the Legion stories in Marvel comics, which isn’t to say the new television show doesn’t dutifully explore much of them. 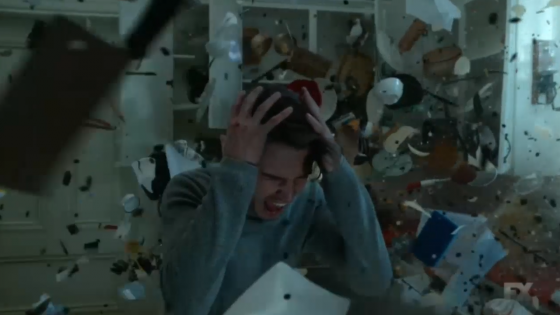 On February 8th, FX began airing Legion to great reviews, so much so it ordered a full second season in March. The show stars Dan Stevens as David Haller, and Rachel Keller, Aubrey Plaza, Bill Irwin, Jeremie Harris, Amber Midthunder, Katie Aselton, and Jean Smart. One of the things about this particular comic book property that viewers like is the fact that it isn’t, at all, the same cookie-cutter style Superhero trope as more or less every other film and television show.

It’s bizarre, it’s loud without being explosive, and it’s completely ambiguous as to just when it takes place. And in this show, just as much takes place in and around psychiatric offices (Clockwork) as takes place inside David Haller’s schizophrenic brain. The government wants to use him as a weapon, and an opposing force of mutants (Summerland, the good guys) wants to save him from just such a catastrophe. Balanced with all of this other frenetic storytelling, there is also the tale of The Shadow King, an entity stripped directly from the comics, who has taken up residence in Legion’s mind as is feeding off his latent powers.

If you’re curious if the show takes place in the same universe as The X-Men specifically -thereby tenuously linked to the entirety of The Marvel Cinematic Universe- it is. Basically, it falls in the line before the X-Men movies where humanity still has no idea what mutants are, but know they do exist. It’s a great show, it’s a wacky show, but it’s incredibly well written and it will leave you questioning everything you think you know about Superhero movies.