Legion is a Scott Stewart picture starring Paul Bettany as the archangel Michael, the only one standing between mankind and a terrifying biblical apocalypse that descends upon the world. This is because God has lost his faith in humanity. Mankind’s lone hope resides in a remote truck stop diner, where the diner’s young waitress is pregnant with the messiah. The film co-stars Dennis Quaid, Roc, and Friday Night Light’s sexy Adrianne Palicki. You can check out the trailer below, which resembles a cross between Constantine and the remade Dawn of the Dead. Yeah, it’s completely ridiculous, including Angels with machine guns, but might still be fun. One suggestion, needs more shotgun violence. 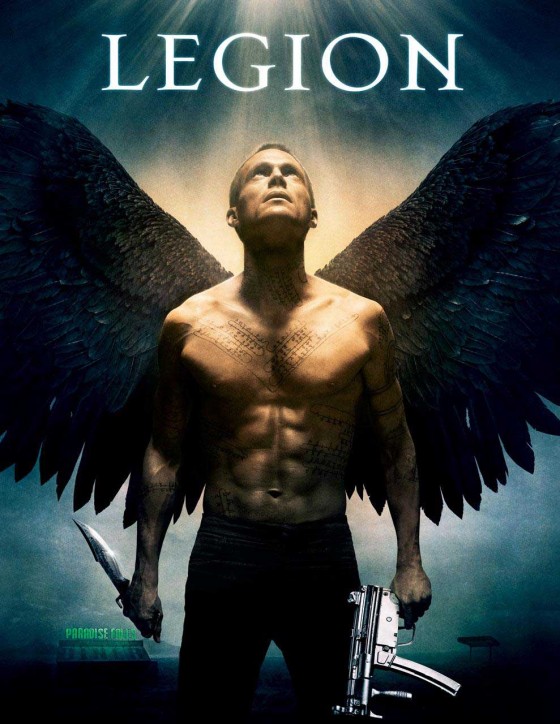