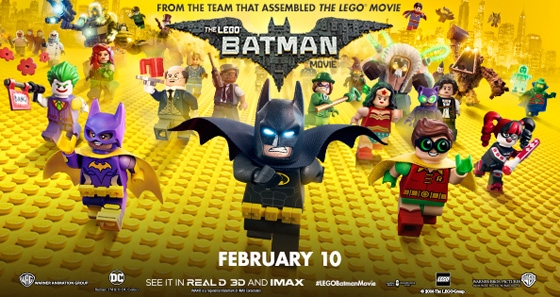 Either you like LEGO, or you’re wrong. We here at Gunaxin feel everyone is entitled to their own opinion, even if it isn’t right. Ha! We kid, of course. That being said, it’s really hard not to really dig LEGO and even more so truly dig what they’ve done with not only the myriad building sets over they years but also the slew of impressive and fantastically fun video games, and now two excellent movies. Two years ago we saw the first both successful and incredibly well-done flick hit the screens called The LEGO Movie. No one was really sure how it would sit with audiences, but once people started going and found out it had voices like Chris Pratt, Morgan Freeman, and Wil Arnett as Batman, well, I think we all know at this point just how well it did.

And now, in 2017, we finally get what amounts to both an awesome LEGO movie in and of itself, and quite possibly the single greatest Batman movie of all time! That’s right! It’s got a wonderful amalgamation of brooding, dark Batman, goofy and campy Batman, charming, debonair Batman, and all around gloriously complete Batman more so than any of the other seven or so films combined. And yes, lest you worry at all, they play hilarious homage to each and every one of not only the Batman films but just about every mind boggling comic book costume change you’ve ever seen. 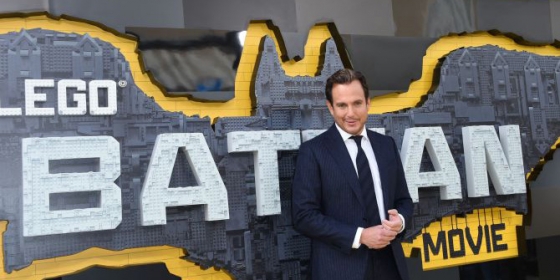 Wil Arnett is back, and quite honestly, there has never been a better Batman voice nor a more solid Bruce Wayne. He is the perfect combination of Keaton, Kilmer, Clooney, and Christian. He just sounds perfect. And so, having taken the best of all that came before him, Arnett plays Batman the way he’s supposed to be played… even as a LEGO.

So how was the movie, you’re probably asking yourself? Well, if you loved the brick-busting, frenetic pace of The LEGO Movie, you’re absolutely going to love this. The plot cruises along at a brisk clip and does a great job of taking Batman, and the viewers, through a tale that has both never been done, and somehow makes all the sense in the world.

Let’s talk about villains. This movie is literally riddled with Batman’s entire Rogues Gallery, up to and including such Z-level bad guys as Crazy Quilt and Condiment King all decked out in glorious LEGO. And ya know what? Not once -despite the fact that it positively bursts with characters- does it feel bloated or too over-stuffed. You absolutely cheer for each and every one of the villains, even if some only have seconds of screen time. And the character roster just grows almost exponentially from there. 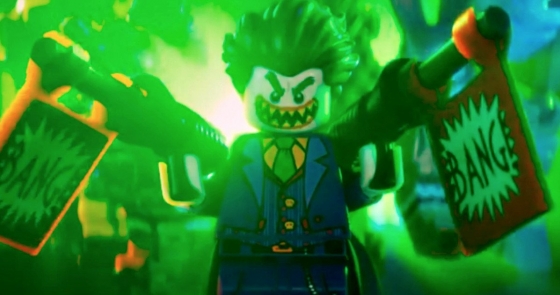 The Joker is back and with him his limitless list of bad guy pals. They want to, once again, blow up Gotham City. But I think we all know this isn’t going to happen, and it doesn’t, but while it’s not happening, and while Batman is basically living an MTV music video while he kicks Mini Figure butt, it becomes more and more clear that the Joker isn’t considered Batman’s main baddie. And this is what both speaks to the larger issue, as well as advancing the plot. Joker gets depressed. He needs Batman as much as he’s like to believe Batman needs him, and so, he does the one thing absolutely no one sees coming. At Barbara Gordon’s swearing in as the new commissioner, Joker, and every other bad guy turns themselves in to the law and is locked in Arkham Asylum. 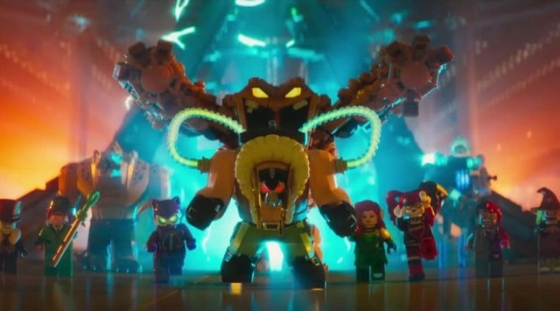 It’s assumed that while they’re in there, Batman will realize that without the Clown Prince of Crime mucking up the city, that there is a symbiosis and he will come to his Bat-Senses. Well, it doesn’t really work that way. In fact, Batman just misses the point completely and decides the best course of action is to send Joker somewhere he’ll never cause trouble again: The Negative Zone straight from Superman lore.

Unfortunately, the Negative Zone Projector (it’s a thing) is being held in Supe’s Fortress of Solitude, so Batman needs to get it. However, he HATES Superman with a passion and, well, it seems there’s a new child partner tugging on his cape. Right about now Master Dick Grayson shows up… yep, Robin. He’s just a kid and somehow coerced Bruce Wayne into adopting him and, weirdly, believes Batman lives in Wayne’s basement while never guessing the two are one in the same.

So Bats and Boy Wonder set out to steal the Projector. This is when Batman finds out that even The Justice League is none too fond of him, either. There’s a party at the Fortress and Bats wasn’t invited. It’s sad, but we do get to see all the League partying like a Charlie Brown dance. Anyway, Robin acquires the Projector, he and the Dark Knight head to Arkham and against the Commissioner’s orders, zap Joker to the Negative Zone. And then the fun really begins.

As much as we’d love to keep spoiling this movie for you all, we’re not going to. I implore you to see it. Even if you are neither a Batman fan nor a LEGO fan, you don’t really have to be. It’s fun, funny, exciting, sweet, and exceptionally well written for a goofy cartoon. Take your kids, your mom, your wife, just go. Enjoy. Thank me later.

Let's keep to the theme here, we solidly give this joyous brick-built romp 4.5 Bat Symbols out of 5.