We always assume that just because we’ve only really ever seen one main member of the family of a famous cartoon character, that there aren’t any others in the lineage. Well many times that just isn’t true. The characters we’ve come to know and love might just have some folks in their familial closets that they’d really rather not talk about. Well lucky for us, we have our own ways of finding out. We’re a lot like a tabloid… only for pretend people and anthropomorphic animals. 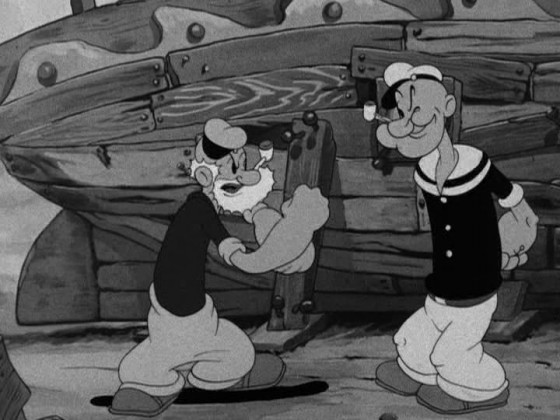 Occasionally in the animated Popeye cartoons we’d get to meet a few members of the spinach swilling sailor’s extended family. It appeared that he only had five people who would readily admit to being related to the guy basically because their resemblances were, well, identical. Popeye’s nephews were just mini versions of him and they were named Pipeye, Poopeye, Pupeye, and Peepeye. Because of course they were. And further more, Popeye had an uncle of sorts he called Poopdeck Pappy. To no one’s surprise, he looked like a far older, more desheveld version of the titular seaman. 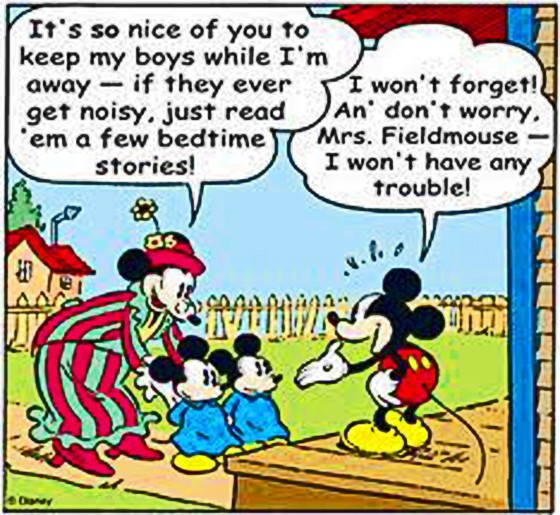 It turns out Mickey comes from a pretty long line of other mice who, apparently, live nowhere near him. Most frequently only mentioned in the early comic strips (though a few made it into cartoons and even video games), Mickey’s tree includes his sister, Amelia Fieldmouse who is the mother of his nephews, Mortimer, Ferdinand, Monty, Maisie, and Marmaduke. Quite the nest of rodents right there. As it turns out, he also has a blond cousin named Madeline. So if you’re into blonds… and mice… 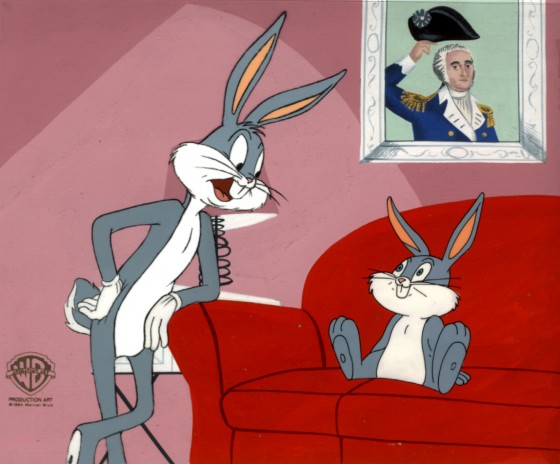 Bugs is a fair bit trickier. You’d think with a character like Bugs, you’d want a nice, rich background full of rabbits and hares… well, the truth is that just isn’t the case. Twice in his rich history have we ever seen Bugs’ relatives. Once was in a comic strip from 1953 called “Bugs Bunny’s Album” that featured Bugs’ patriarchal relation called Pappy and Bugs’ sister/cousin called Honey Bunny (no, not the same Honey Bunny who swoons after him a few times in the features.) One other instance was when we met his nephew, Clyde in both “His Hair-Raising Tail” and “Yankee Doodle Bugs”, where Bugs essentially does the same thing twice by telling his historically inaccurate stories to an increasingly more irritated bunny. 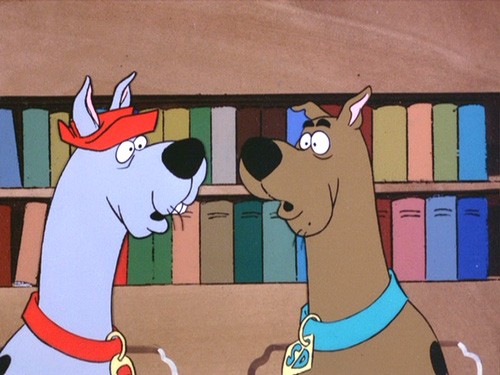 And here we have a character at the complete opposite end of the spectrum. It seems DaDa and Momsy Doo have been quite… Ahem, prolific over the years and have subsequently produced more of a litter than Mickey’s parents, because Cartoon Nature. Anyway, as much as I’d love to sit here and list all of Scooby’s brothers, sisters, cousins, and uncles, it makes a lot more sense to head over to Scooby Addicts and check out the lineage for yourself. Oh, but I do have to say, Scooby Dum is about as cool as goofy dogs get. 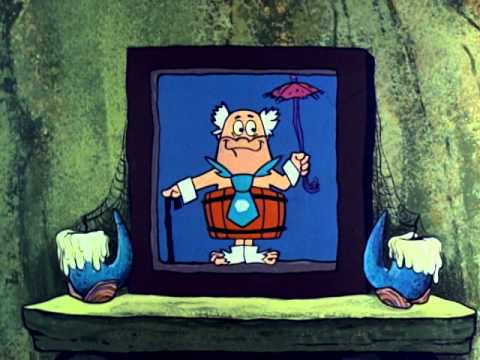 You have to hand it to the creative teams behind cartoons from back in the day, they weren’t exactly geniuses when it came to names. Case in point: Fred’s parents are named Ed and Edna Flintstone. Like I said. These two folks were first explored in the cartoon The Flintstone Kids, and really haven’t been touched on much since. Of course there is the once-mentioned Jay “Uncle” Giggles Flintstone who was, evidently, the practical joker of Fred’s extended family. Oh, Fred has a long-lost brother named Zeke. And by long lost, I’m not even sure if he’s Ed’s kid from a previous fling or what. Maybe I’m looking too much into this.

I chose another Disney character because I found a graphic that perfectly sums up the vastness that is Donald’s fowl lineage (sorry). It is massive. Although I do find it lacking in Daffy, whom is claimed as his “cousin” in Who Framed Roger Rabbit. My guess is that was just some goofy humor. Anyway, I have included said graphic right here so you can see what I mean:

Well there ya have it, kids. A summary of some of the more obscure relations of a few famous cartoon characters. I guess I can see why many of these weren’t touched upon regularly. Talk about a bizarre family reunion.