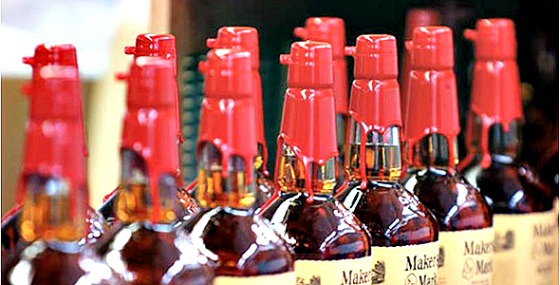 We’ve all heard the big news on the bourbon scene this week: Top-shelf staple Maker’s Mark, in an effort to boost output and meet quickly increasing demand, will begin cutting its hooch with fetid skunkwater drawn straight from the sewers of Louisville.

Or so one might be inclined to believe based on reactions to the news.

Maker’s will be adding water to its long-established formula—sans skunk, presumably—in order to increase volume and satisfy the growing masses of bourbon devotees. The problem, of course, is that such a move will reduce alcohol content, taking each bottle of Maker’s from a robust 45% ABV (90 proof) to a paltry, embarrassing, way-too-liver-friendly 42% ABV (84 proof).

Bourbon connoisseurs and casuals alike have so far reacted negatively, albeit predictably, and the brand’s social media accounts are taking a lot of the heat, as usual. You just don’t mess with one of America’s most beloved spirits!

Except that, yeah, you do. Just ask the fine folks at Jack Daniel’s, who lowered their iconic Tennessee whiskey first from 90 to 86 proof, and finally to the 80 proof that we know and enjoy today. Wanna guess how fans initially reacted when Jack went to the minimum 80 proof?

Well, they certainly didn’t let it go to waste.

Okay, so Jack Daniel’s did the same thing and suffered little to no consequences, but they’re a big corporate brand, man!

We hate to break it to anyone still holding fast to the notion that Maker’s is a truly “small-batch” or “boutique” bourbon—we love the quaint charm of peeling off that wax as much as anybody—but the ubiquitous “whisky” has pretty much joined the ranks of Jack and Jim, which is no surprise given the latter’s acquisition of Maker’s several years ago.

This is not to say that Maker’s is some kind of cheap, mass-production bourbon; they make a fine product that pleases the palates of both serious enthusiasts and casual drinkers who prefer premium. But with that broad appeal has come a surge in popularity, and quite frankly, Maker’s is no longer above the big-brand liquor ethos. They really can’t be. The Whiskey Reviewer‘s Richard Thomas sums up nicely:

“How this cut in Maker’s Mark will affect the flavor is open to speculation, but my guess is that the [owners] would not consider it if they thought the result was noticeable to the average, casual whiskey drinker. Maker’s Mark has a valuable brand name to protect, after all.”

Maker’s knows who they are, and they know who their drinkers are. They’re also well aware that they have to start thinking like the Jims and the Jacks if they want to satisfy consumer demand.

You might love Maker’s. You might hate it. You might settle for it if it’s the best available. Whoever you are, give them a break for making a business decision, which you likely won’t even be able to detect, to make their product more available to their millions of customers.