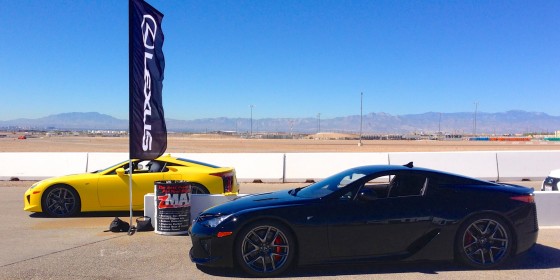 Over the past few years, Lexus has begun to introduce a line of F and F Sport vehicles into their lineup. Amongst the alphabet soup that is Lexus car naming, it’s easy to get confused as to what the letters actually stand for. Last week they invited us out to the Las Vegas Motor Speedway to experience these performance vehicles first hand, and learn just what that F means.

Born and honed on the world-renowned Fuji International Speedway, F vehicles are the highest expression of Lexus performance. Equipped with exclusive performance features and bold styling inside and out, Lexus F Sport vehicles are engineered for driving enthusiasts. 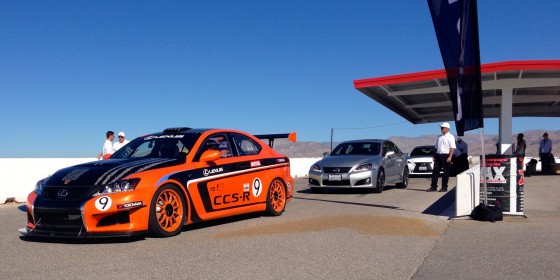 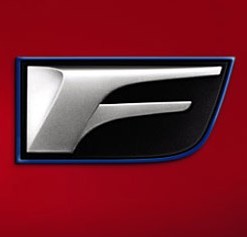 When Toyota first experimented with the luxury market back in the 1980s, the clandestine flagship sedan project was code-named F1. That project culminated in the launch of the original Lexus LS in 1989, so the letter F has been part of the brand’s history from the beginning. Officially the F corresponds to the name of the track where these performance vehicles are perfected, the Fuji Speedway in Japan. The shape of the corners on that famous racetrack serve as the inspiration for the Lexus “F” emblem. 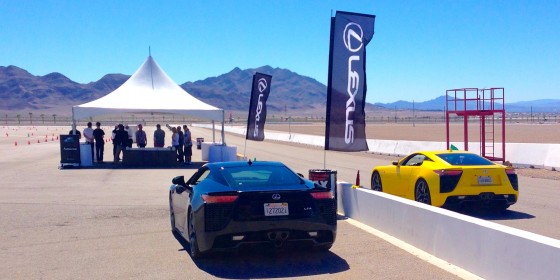 However for our testing purposes at the Las Vegas Motor Speedway, the F most certainly stood for FUN. There are only 500 Lexus LFAs in the entire world, and two of them were on-hand in Vegas for us to ride in at speed with a professional driver, Scott Pruett. The excitement of that sentence alone is enough to give some of us motion sickness, and we were happy to not be the writer losing his breakfast in the front seat. Development of the LFA has informed everything that Lexus has done with its re-styling and performance tuning over the past couple of model years. Check out this video for more on that amazing vehicle : 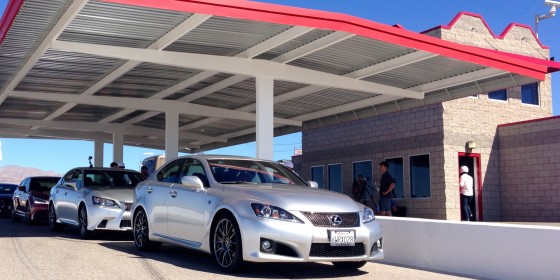 Lexus has applied learning from the LFA Supercar into their entire line of F Sport models, which we were able to test first hand at the track. F Sport trims are available in the LS, GS, IS, IS C, CT, and RX models. In general they add performance parts and Sport+ mode of driving, which fine tunes the throttle, suspension, and steering for performance driving. We drove each vehicle around the track twice, first in the normal setting, and then in Sport+ mode and the difference was striking. Honestly, we’re not really sure why you would ever bother leaving your vehicle in “Normal” mode. 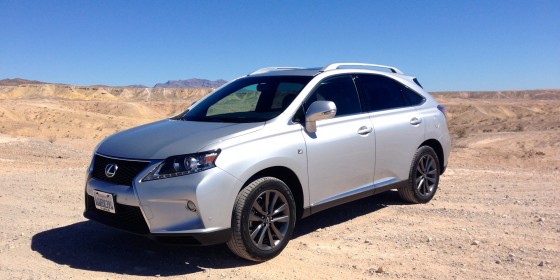 We even borrowed an RX F Sport in the afternoon and toyed with the idea of taking it for a joyride on the dunes. We then remembered that waiver that we signed, and thought better of that idea. Instead we opted to pretend we were in one of the numerous movie scenes which involve driving on desert roads into Vegas. “We can’t stop here, this is bat country!” 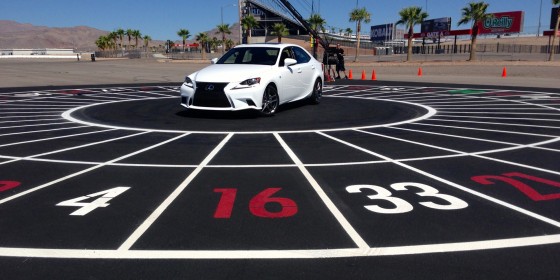 The day concluded with the most creative demonstration we’ve witnessed live from a car company. Dubbed “Drifting Roulette”, it entails what you might imagine, a Lexus IS F expertly driven by Ken Gushi, one of Japan’s top competitors in the sport of drifting. Each of us were given a chip to place our bets, and prizes were given for each of three spins around the roulette table. The entire spectacle was being filmed for an upcoming professionally produced video, but here is a sample of the action :

Ken had full control over that vehicle, and we enjoyed spending some time with him at lunch to discuss what he does when he isn’t playing roulette with a car. Remember that sexy orange beast in the photo above? Gushi drives that Lexus IS F CCS-R in the Pike’s Peak International Hill Climb, like a boss!

Overall we enjoyed our time at the Las Vegas Motor Speedway learning about the Lexus line of performance vehicles, and we’re excited to see what they’ll do with the F line next. They certainly are nothing like the boring old Lexus that your parents used to own.