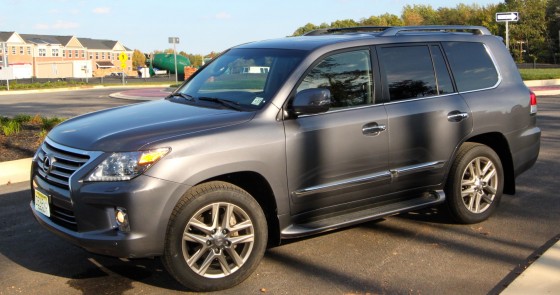 We recently had the chance to spend a week with the luxurious 2013 Lexus LX 570. We definitely put this vehicle to the test, as we loaded it up with some fellow bloggers and took it to the Virgin FreeFest. Normally we would feature a video in this space to get you oriented, but unfortunately the newest video I could find on the Lexus YouTube channel for the LX is from 2008, which leads me to believe this model is a bit of an after thought. The LX is essentially a fancier version of the Toyota Land Cruiser, and after not receiving an update for 2012, the 2013 version has largely cosmetic upgrades. What follows are my observations of the vehicle after spending a week immersed in its luxury. 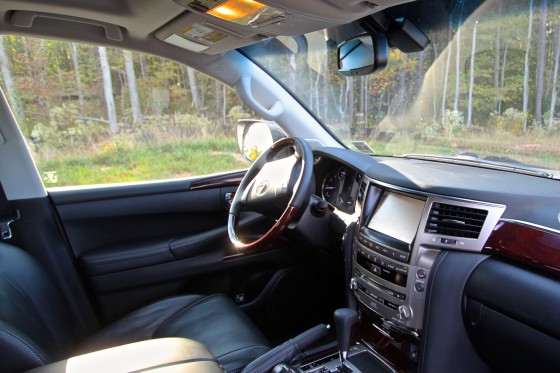 The Lexus LX 570 was comfortable and luxurious, with some of the softest leather seats your ass will ever feel. The leather and wood trim throughout the cabin made it fairly obvious that we were driving a Lexus.

The front row seats were both heated and cooled, and included 3 memory settings for seat position. Anyone who shares a vehicle with a much shorter better half as I do can really appreciate that feature. The spacious center console made use of the vehicle's width to include a split arm rest, which locked into position. The second row of seats were also well-appointed and were automatically adjustable.

The bonus third row magically folded up and down to provide extra seating, but seemed to take up a ton of space in the cargo area when they weren't in use. While the extra seating is welcome for folks looking to avoid a minivan purchase, they truly would only work for small children as the leg room is quite restricted, and accessing them is like getting into the back of a hatchback. I couldn't imagine using those seats on a daily basis, and when you combine that with their bulkiness when not in use, it makes them a somewhat confusing feature. 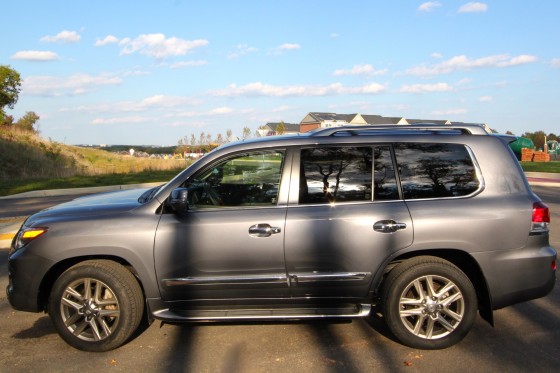 The overall body shape of the Lexus LX 570 is very familiar to Toyota Land Cruiser owners, and doesn't appeal to me personally as much as its competitors. High-end headlight lamps, chrome accents and the updated front spindle-grill design make the LX attractive, but something about the overall package just doesn't scream luxury to me from the outside. Personally I'd love to see Lexus take some risks with this model, and apply some of the styling cues from their current concept models. Currently it appears they are playing it safe in order to appeal to an older more conservative wealthy clientele, something that Lexus in general is trying to break away from. Hopefully a major refresh is on the way for a future model. 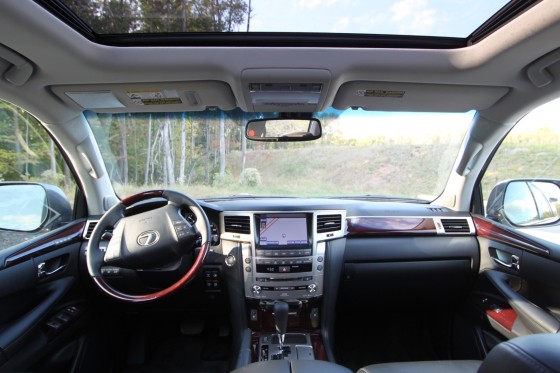 The technology included in the Lexus LX 570 is another place where it really shines, with more buttons than we could possibly figure out in just a week. Our standard rule is to never open the manual, and try to figure out all of the gadgets on our own, but that proved to be a bit challenging in this model. Sitting behind the wheel almost made you feel like you were piloting a spaceship with buttons and dials crammed into every available inch around you.

At the rear of the center console, four toggle switches work the two-speed transfer case, crawl control, the height-adjustable air suspension and three-mode shock absorbers. Unfortunately we didn't have the occasion to take this behemoth off-road, but we doubt many of its owners do either. It's hard to imagine risking such an expensive vehicle to the trail, but I guess it's nice to know you have the ability, just in case.

Some of our favorite gadgets that appeared in the LX (and most everything that we have driven recently) include Bluetooth, backup camera, steering wheel controls, push button start and dual climate zones. We especially appreciated the ability to independently adjust the fan direction (feet, face, windshield) and not just the temperature. The touchscreen infotainment system was present in this vehicle, but it lacks many of the newer technology features included on other Lexus models.

As with other parts of the vehicle, some of the features felt a bit dated though. It took us awhile to figure out the DVD system (with screens in the back for the kids) as it required the use of a remote that was hidden in the rear center console. The input ports in the rear were a welcome feature, but made us wonder if these entertainment systems in all such vehicles were so far behind the living room. Honestly I think handing a kid an iPad would be more flexible and advanced than having a DVD system in a vehicle these days. 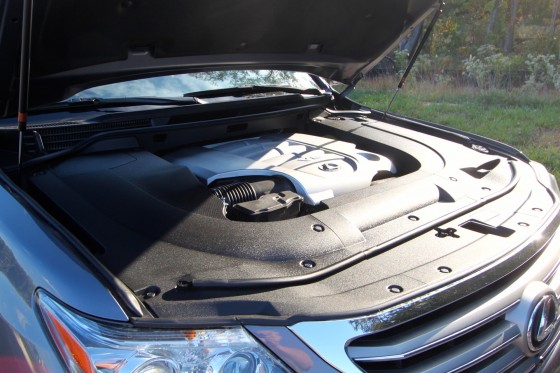 As long as you don't mind not being able to see your engine (Lexus likes to hide everything, so you don't think you can service it yourself) we think you'll be pleased with the power and performance of the LX 570. We've driven several SUVs, and several Lexus vehicles, and we can honestly say they accomplish the characteristic Lexus ride in this massive machine. The smoothness of the ride, lack of road noise, power of the engine, and responsiveness of the vehicle all reminded us of a Lexus sedan. I'm comfortable driving large vehicles in general, but this is the first one that made me feel like I was behind the wheel of a luxury sedan while driving it. I'm sure there are fancy technical explanations for how they accomplish this, but at the end of the day we're sure most just need to drive it, not build it.

For those of you who crave specs though, the LX is equipped with a 5.7 liter V8 which powers all four wheels with a six-speed automatic. It's rated at 383 horsepower and 403 lb-ft. of torque. With a curb weight of about 6,000 lbs, there is plenty of vehicle to move, and the powerful engine is up to the task. Don't expect great gas mileage though, and we doubt anyone looking at a large luxury SUV would, as you'll be doing well to average 14 mpg. 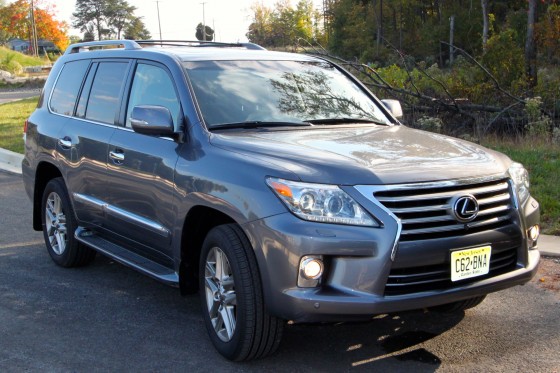 Obviously there is a limited market for a luxury SUV like this, with a sticker price of nearly $90,000 on the vehicle we tested. It's probably true that when you get to this level of vehicle, much of what you are paying for is the status, because how many people honestly need all of the capabilities that the LX 570 provides? We can see it being very appealing to wealthy moms who are looking for a higher-end alternative to a mini-van. The comfort and luxury combined with the trademark Lexus ride is certainly an appealing package. While I enjoyed driving the LX 570, as it's really tough not to like such a fancy vehicle, ultimately it didn't suit my personal taste. Hopefully Lexus will give it a more thorough makeover in a future model year as they did with the GS 350 Sport, to help it appeal to a younger demographic.