Media > Television > Lie to Me Season 2 on DVD

Lie to Me Season 2 on DVD 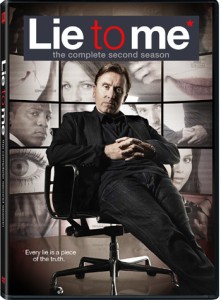 Tuesday, November 9th is when you can pick up Season 2 of Lie to Me on DVD. The cast is led by Tim Roth, who you have seen in The Incredible Hulk and Reservoir Dogs. He plays Dr. Cal Lightman and leads a team called the Lightman Group. The Lightman Group is a private agency that helps out the FBI, local law enforcement and government agencies with the most difficult cases. They are experts at detecting facial expressions and involuntary body language to determine if and why someone is lying.

You will dig this show for many reasons, but the main reason for me is the way Tim Roth brings his character to life. Each case you learn his techniques on how he detects when someone is lying and the reasons for their lies. This show could be considered just another FBI/cop drama, but it has a twist with Dr. Lightman and his crew solving the cases. If you have seen the show then you know what I am talking about. If not and you enjoy whodunit series, then make sure to give it a chance.

It’s produced by the same folks who produced 24 and Arrested Development, so you know the show has a talented team behind the scenes. Mekhi Phifer became a regular in Season 2 playing the role of FBI Agent Ben Reynolds. Season 2 has six DVDs comprising of 22 one-hour episodes, deleted scenes, a gag reel, a lie detection tutorial (so you can become a pro at knowing when people are telling you the truth) and more!

You can pick up Season 2 at Amazon.com for the retail price of $59.99.  Or you can win a copy by following us on Twitter!