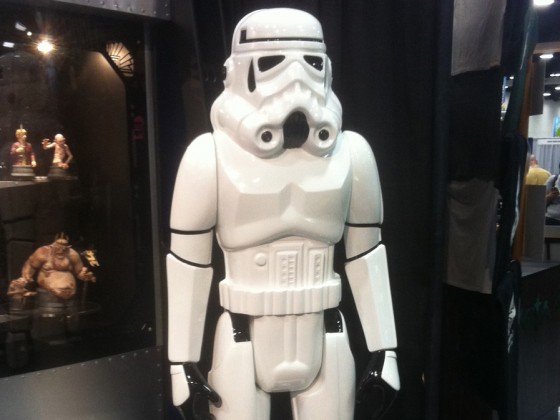 We’ve written plenty about Star Wars collectibles here at Gunaxin. We’ve even written about life-sized Star Wars statues. But Gentle Giant has taken the fanboy collectible to the next level, issuing a 6-foot tall Stormtrooper, modeled after the original Kenner toy that came out in the 1970s. This proves once and for all, that Mark Hamill at 5’9″ is in fact, “a little short for a Stormtrooper.”

The item will cost $2,300, or approximately 900 times what the original 4-inch figure cost. Of course, you really need to get like 10 of them to build your Imperial army like when we were kids, which could be cost prohibitive. 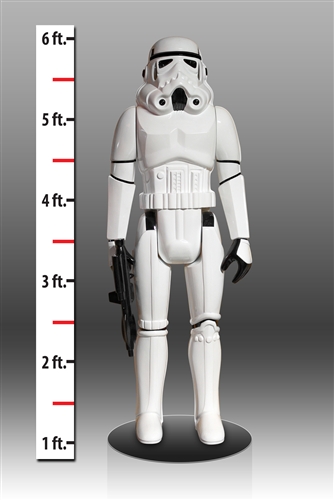 What gets me about this statue is that at this size, it might as well be a replica of an actual Stormtrooper from the movie instead of what was ultimately a cheap plastic toy that we destroyed in our youth. I wonder if they made a Princess Leia version of this, they’d keep it real by allowing her head to pop right off. But seriously, actual Stormtrooper replicas go for about $3850 on eBay, which is still in the same price range for rich nerds who collect this stuff.

The only other life-sized statue that Gentle Giant makes is R2-D2, but that’s in the Clone Wars style. Ewe. Check out Gentle Giant’s site for details on ordering the Stormtrooper Life-Size Vintage Monument.