Media > Television > Why ‘Life’s Too Short’ Is a Good Idea

Why ‘Life’s Too Short’ Is a Good Idea 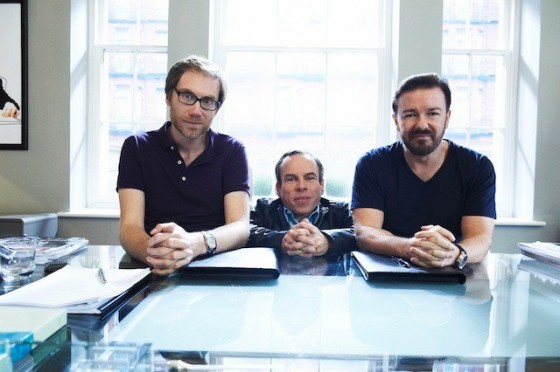 Only three episodes of Life’s Too Short have aired on HBO, and it’s already gotten headlines that it’s ‘short on laughs.’ As if that’s any more clever.

The Ricky Gervais-produced mockumentary is about the life of one of the most famous little people actors, Warwick Davis, who played an ewok in Star Wars: Return of the Jedi and the title character in Willow. Living in Britain, Davis runs a dwarves-for-hire talent agency, owes a ton of taxes, and is going through a divorce. So, he’s gotta do what he can to earn money… insert the comedy.

Guest stars, such as Liam Neeson and Johnny Depp also play caricatures of themselves, filling in several minutes of the episodes with buffoonery as they interact with Gervais and co-writer Stephen Merchant. Also in the ensemble is Davis’s dimwitted assistant, because it would’ve been too typical to have another dwarf actor as a sidekick. Be warned, however: This is British humor that Americans may have to strain themselves to understand.

While it’s true that Life’s Too Short is not destined to be a comedy classic, and is unlikely to have a second season, I can’t help but feel happy that Davis is not once again in a leprechaun or elf outfit while in front of a camera. There are chuckles to be had with this series, far more than most sitcoms. Fans of Gervais may compare it to his other shows, like The Office or Extras, and find it to be inferior, but Davis’s fans will appreciate the nature of this show and say it’s about time we got to see the ‘real’ actor. Seven episodes – all of which already aired in the UK – is about right for this premise, one that is certainly worth checking out.