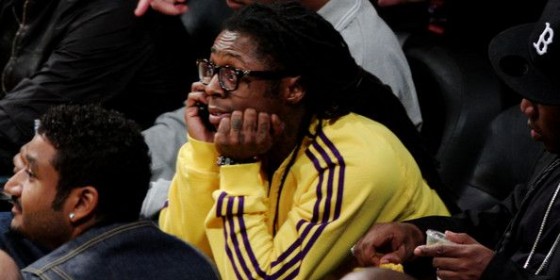 This all started innocently enough. Rapper Lil Wayne attended a Lakers/Heat game in Miami to cheer on the Lakers last week. He then claims he was asked to leave American Airlines arena by police, and tweeted his complaint.

While Miami disputes the claim, Lil Wayne wasn’t ready to drop his complaint. Now citing a unconfirmed ban from all NBA arenas, the rapper took to the stage during All Star weekend and went on a profanity-laced tirade against the Heat and the NBA, getting the crowd to join in with him.

Our favorite part of the rant has to Lil Wayne’s claim that he had sex with the Heat’s Chris Bosh’s wife, a claim that both Bosh and his wife deny.