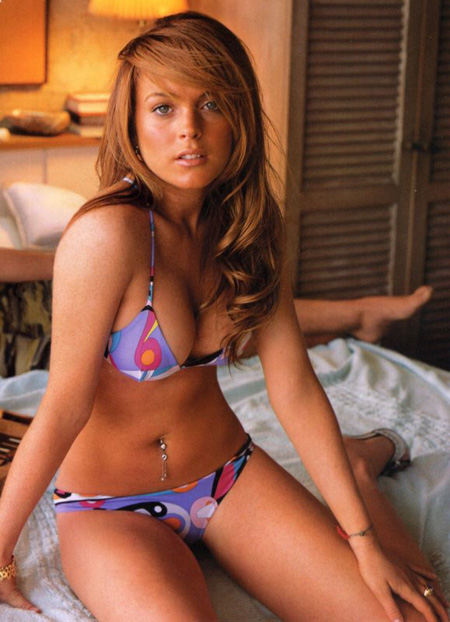 I included the above picture as a reminder that not so long ago Lindsay Lohan was a beautiful young actress with a promising career in front of her. That was 2007. Four years later she has become a tiresome punchline in a never-ending joke about drug and alcohol abuse, multiple arrests, lesbianism, jail time, probation, repeated trips to rehab, home incarceration, ill-advised collagen injections, firings and now a lawsuit filed by her against rapper Pitbull over the following lyrics in his smash hit “Give Me Everything.”

“Hustlers move aside, so I’m tiptoein’, to keep flowin’
I got it locked up like Lindsay Lohan.”

According to Lohan’s legal posse, Pitbull and co-writers Afrojack and Ne-Yo’s “disparaging or defamatory statements are destined to do irreparable harm to the plaintiff.” The plaintiff being Lohan, just to be clear.

I’m no Perry Mason, but I would surmise Lohan’s five-year bender has caused a lethal dose of “irreparable harm.”  At this point, suing someone over an innocuous verse in a popular rap song is only going to make the masses hate her more. Her reputation in most Hollywood circles lies somewhere between terrible and horrendous.

Psst… Lindsay. Put down the bottle of booze and stop alienating everyone. Dump the hired friends, display a little contrition and maybe, just maybe, you can salvage the rest of your twenties. Either that or release a sex tape. Whatever you do, make it snappy. Your rank on the relevance scale is plummeting.