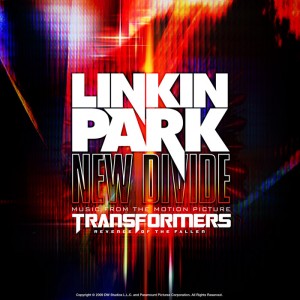 The title of Linkin Park’s new song is “New Divide.” As you may have heard, it is the theme song and lead single from the upcoming movie Transformers: Revenge of the Fallen. In addition to writing the theme song for the movie, Linkin Park are contributing to the score of the movie. Transformers: Revenge of the Fallen opens in the theaters on June 24 and the soundtrack hits stores on June 23.

“The opportunity to be creatively involved with one of the most anticipated films of the summer is pretty exciting,” says Mike Shinoda. “It’s one thing to shoot a video that matches sound and vision, but making music that’s built for the big screen is a completely different challenge and we ran with it.”

The video for Linkin Park’s “New Divide” was just released today, and we are among the first to bring it to you: