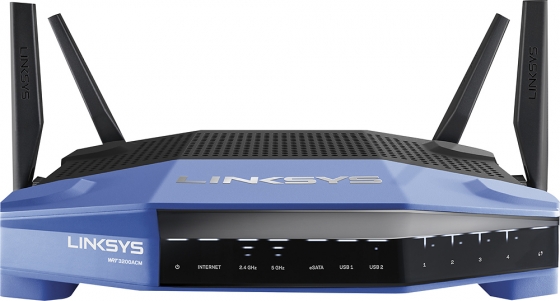 Gunaxin has been compensated in the form of the product for free.

Linksys has been in the networking game ever since there was such a thing as networking, so they’ve been a trusted name in routers and Wi-Fi for a long time. Recently they announced the next generation of their popular WRT router, and we were excited to be asked to give it a try by our friends at Best Buy.

If you think all Wi-Fi routers are basically the same, and whatever your internet provider gives you with your service contract is fine for your needs, you’re likely sorely mistaken. A few years back when we upgraded our bandwidth, we realized that our provider was plenty willing to charge us for those upgraded speeds, while the wireless router they supplied wasn’t even capable of obtaining those speeds over Wi-Fi. So you must be careful, and this is one area where it definitely helps to be at the cutting edge of technology, when you consider how much you use that technology. 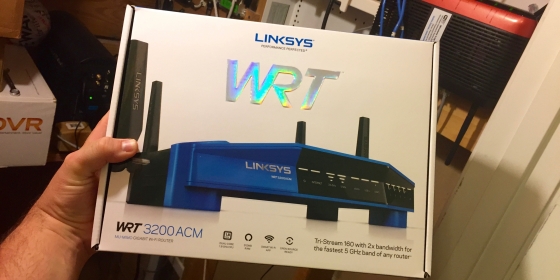 It’s time for an upgrade in the old network closet.

We’ll all gladly drop several hundred dollars (or more) on the latest smartphone, tablet, smart TV or gaming system, but then many people don’t even put a second thought into the device that is providing connectivity to all of the gadgets we use every single day. Our devices are faster and more demanding of network bandwidth these days, and older technology just doesn’t cut it. 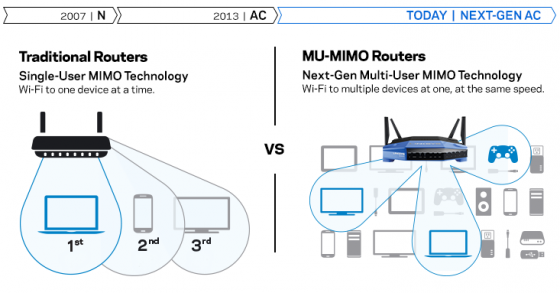 That is where the latest WRT Router from Linksys comes in, with the very exciting announcement of their WRT3200ACM MU-MIMO Wi-Fi router. It features Tri-Stream 160 technology, creating the fastest Dual Band router available and MU-MIMO technology for simultaneous Wi-Fi connections to multiple devices at the same time. Yeah, they let the engineers name the device and it’s features, so it’s more difficult for the rest of us to understand. Just know that if you have multiple devices (Phones, Laptops, Televisions, Gaming Systems) all using the internet at the same time in your household, you can’t currently find a better router to connect them all to the internet at once via Wi-Fi.

Have you ever paid more money for more bandwidth from your internet provider, and wondered why your family is still having the same problems when all trying to use that bandwidth at the same time? Now you know, the issue is that your existing router is not capable of handling those multiple connections at the same time, at the speeds that you are paying for. We gave the WRT3200ACM a try at our home office, and it indeed improved the performance of every device that we connected to the network. So now when we’re working in the Gunaxin office, other people can stream on Netflix without sacrificing the quality and speed of either. 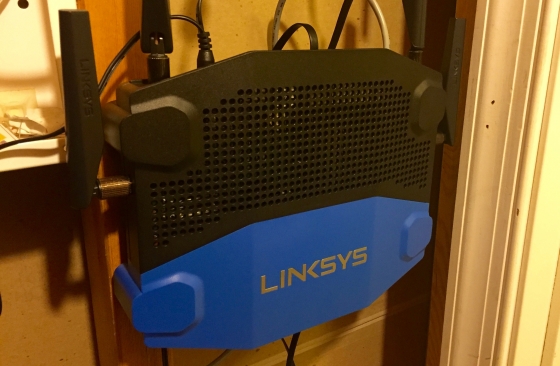 Obviously the performance is the major selling point here, but we also enjoyed the Smart Wi-Fi configuration options available via web browser or app. Among other features, using the interface below, you can configure your WRT router to prioritize traffic to certain devices, which is absolutely crucial in today’s multi-device environments. 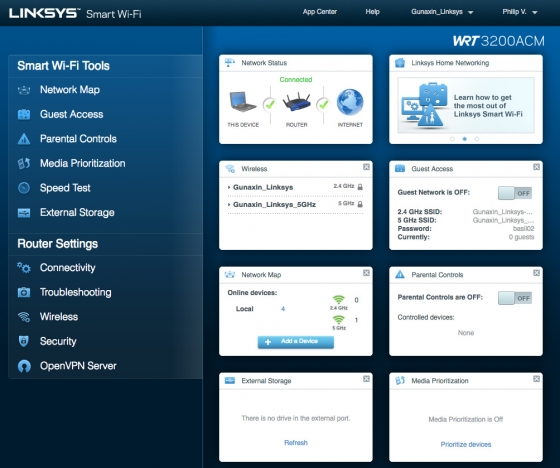 The Linksys WRT3200ACM MU-MIMO Wi-Fi router is now available at Best Buy for just $250. It sits at the center of your home network, and you likely won’t find a better use of your money to make sure all of your prized devices perform at their best.