That up there is a sign that was posted on the window of Console Yourself, a small, independent used game shop in the tiny, English town of Pontefract. Why is it on this website you ask? Because the internet (mostly Reddit though) has collectively lost its shit at the thought that a shop in a town they’ve never heard of would dare close its doors when paying customers might want to buy something. You know, because the thing most people love about independent retailers is that they bend to the whim of huge faceless entities instead of being nice to their staff.

A guy called “TotalBro420” knows all about gaining people’s trust.

That comment is from Reddit, AKA, the front page of the internet, where it has been seen approximately, all of the times. The actual image itself is from Console Yourself’s Facebook page, where it has a much more paltry ~230 likes.

Again we should point out that this game shop is in a tiny-ass town in the middle of England, the most notable aspect of which is the fact it’s where like half of the licorice in the world comes from. How do we know that? Well by a remarkable stroke of luck the person who wrote this article happened to live there for 15 years and actually spent a great deal of time and money frequenting that very shop.

As such they knew that this was just another joke posted by the guys who work there as a way of interacting with their customers, like they do all the time. But how was the internet at large supposed to know that, it’s not like the name of the store is clearly visible in the original picture which would allow anyone to easily Google the name and see where the shop actually is and whether or not the message is serious, is it?

We’d make fun of the smiley, but they have all the copies of GTA V.

Oh right, it totally shitting isn’t serious and it takes little more than a Google search to discover that. But here’s the thing, even if this message was serious and the shop was going to be shut on September 18th, who the hell cares? This message literally only affects people with a vested interest in the shop, which judging by their Facebook page is about 1000 people. Do all the people with GTA V preorders at Best Buy and Wal-Mart honestly think some company big wig is going to browse Reddit, see this and immediately close up shop to one up competition from another freaking timezone?

We don’t know the answer to that, but we know at least 50 times as many people have voted on this image than have liked the companies actual Facebook page.

And we mean literally bitching, virtually every comment is so steeped in butthurt and impotent anger you’d swear it was a transcript of the prison rape scene in American History X. Which would actually be preferable because at least then they’d be angry for a legitimate reason because this doesn’t affect a single one of them.

These people are sitting down at their computers and getting angry about something that will never, ever affect them in any discernible way. They’re so angry at the though that someone, somewhere wouldn’t be able to buy a copy of GTA V that they’ve attacked an image online for daring to suggest that it won’t be readily available for everyone, forever. 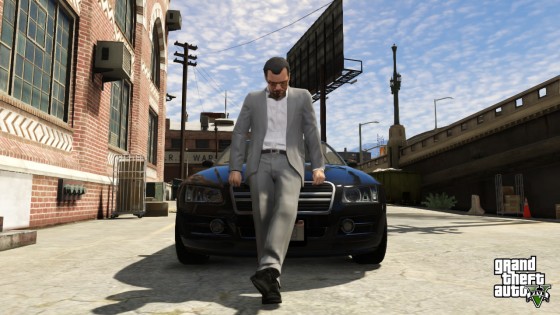 That is how good GTA V is going to be, folks, this game is going to be so hype and so boss that the mere thought of not being able to play it whips people into a frenzy. Which is what makes this story so deliciously ironic. People are getting angry at this shop for daring to suggest they’d be closed the day after GTA V is released, blissfully unaware that anyone who’d genuinely give a shit wouldn’t be leaving the house anyway.