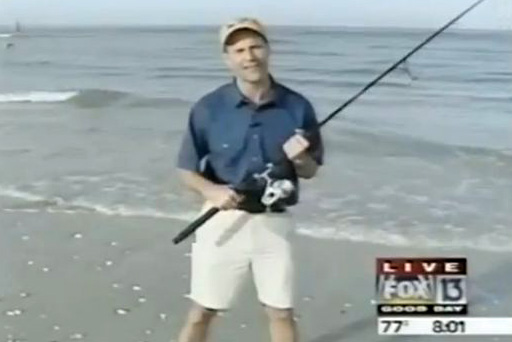 I just can’t get enough of local news Freudian slips. Anchors have no one to blame but themselves, because they always have to be clever, or attempt to be clever when they segue from one story to the next. Two things rule about this video: 1) a reporter fishing is an actual segment, and 2) the weatherman’s half-assed cover up. It’s a perfect illustration of how local news is both totally awesome and totally pointless.