Some things you don’t want to see all the way through to the end. Especially an offshoot series of which multiple attempts at re-booting or pre-queling or paralleling the already messy “X-Men” franchise called for no real swan song. But then behold the unexpected success of Ryan Reynold’s passion project “Deadpool”, the heavy R-rated stepchild of the popular Marvel series that absolutely crushed it at the box office. 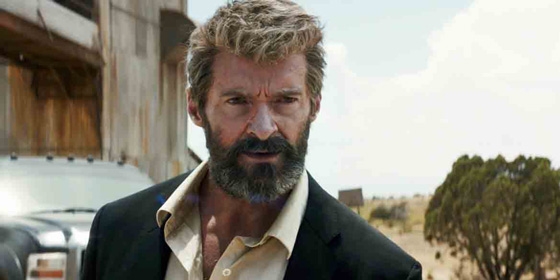 Generally made possible by Hugh Jackman, who is lovingly razzed a couple of times in Reynold’s profane venture, it’s ironic that now, Jackman’s Wolverine is getting an R-rating of its own based on the performance of his foul-mouth, red-suited protegé. Forgot the earlier Wolverine standalone, a ridiculous origin story, which we tried to forget but then longed for after James Mangold’s vexing “The Wolverine”. Go straight for “Logan”, a super-violent flick that purges all those “Motherfuckers!” that the taloned anti-hero has been stifling over the last seventeen years. 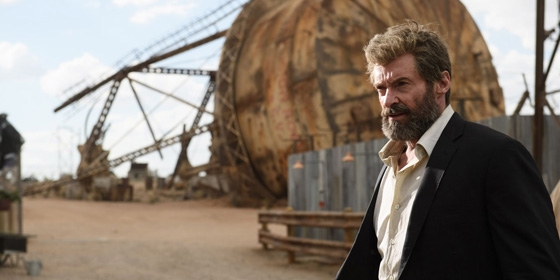 Now an alcoholic Uber driver (some ten years into the future, but you know how time doesn’t mean much in this franchise), Wolverine, who’s re-assumed his birth name of James Howlett, ostensibly to protect his identity the same way he did when he became Logan a century or so early, has become caretaker for Alzheimer’s ridden Charles Xavier (Patrick Stewart), who is confined to a steel dome so his ailing mind doesn’t destroy the planet. 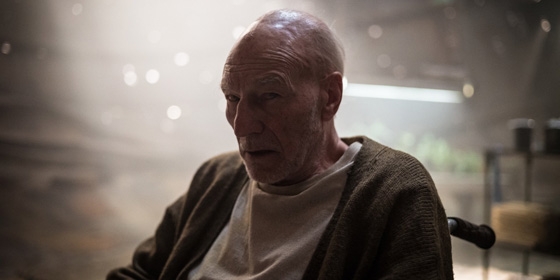 This is the death of the mutants, a post apocalypse for those with augmented abilities, and the clock is ticking for both of them. Logan is sick, with a chronic limp that suggests even adamantium hips go bad eventually, but that doesn’t stop him from pitchforking multiple skulls and de-limbing that all-too-frequent paramilitary guy. 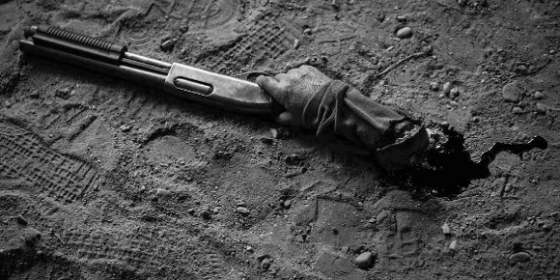 These would be the employees of Stryker 2.0 (Richard E. Grant), a doctor who has secretly been farming pre-pubescent mutants in some terrible facility somewhere. Of course he has. No surprise when animalistic youngster Laura (Dafne Keen) blazes onto the scene and shares more than a few qualities with you-know-who. 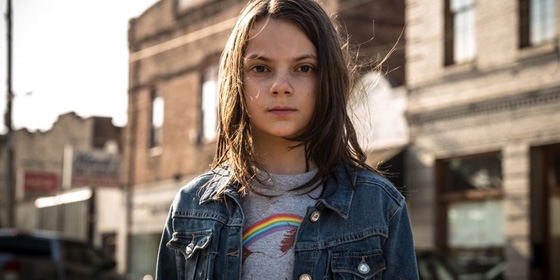 Many will enjoy the film’s true detachment from previous films, and Jackman, who has owned this character since 2000’s somewhat disappointing “X-Men” launch, finally gets to have his no-holds-barred movie. This could have—-and perhaps should have—-been a total slog, but even at his crankiest, nastiest, and drunkest, Jackman and his clawed alter ego are too much fun, and returning director Mangold redeems himself with perhaps one of the more unusual screenplays of recent memory. 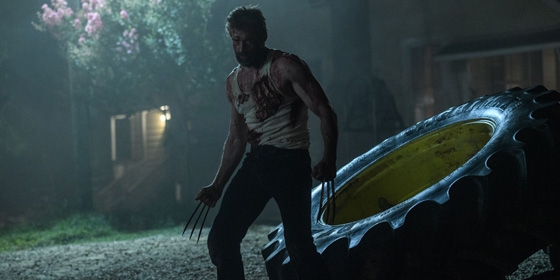 But as much of a jumbled, inconsistent mess of the “X-Men” movies, I found myself wanting a little more of an explanation to bridge the gap. Screw it, though, because this is the movie we’ve all been clamoring for, right? I think so, but something didn’t feel entirely complete about it. It goes without saying that the action sequences are great, and quite unforgiving; specifically after Logan and crew are invited for dinner after helping a stranded family on the highway. Jackman has his closest thing to a buddy/buddy moment with the patriarch (Eriq La Salle), who is embroiled in his own skirmish with a corporate Monsanto analog. 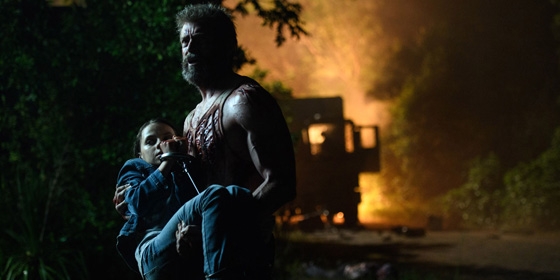 Things go in all sorts of Rated R directions, and my heart goes out to all those parents who’ll need to keep their youngsters at bay on this one. If it’s any consolation, or at least an arguing point, this is really no “X-Men” installment, more of a love letter to legions of hardcore Wolverine fans. He’s the only character anyone really cares about anyway, right? (Did you ever really care what happened to Cyclops?) 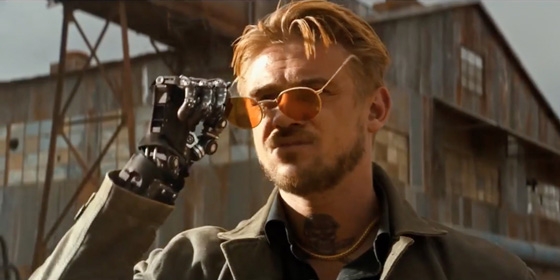 The film does have a great villain in Boyd Holbrook, who plays the gold-toothed Pierce, a snide thug with a mechanized arm and some great dialogue. And perhaps the greatest scene of the whole franchise, derivative perhaps of the bullet-time sequence in “Days of Future Past” but infinity better, comes when Professor X has a seizure and nearly destroys Las Vegas. “Logan” is not a superhero movie—in fact, most of it hews closer to something in between “Sicario” and “Firestarter”—but it might after all be the definitive Hugh Jackman movie. There are a lot of questions left over, but we at least get the answer to why Wolverine never donned that fully hooded suit from the comic book.

A love letter to legions of hardcore Wolverine fans.