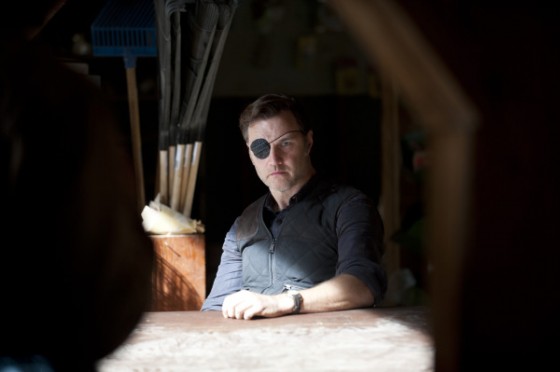 In the fantastic movie Heat, there’s a scene where Al Pacino’s driven detective and Robert De Niro’s clever thief sit down for a chat at a roadside diner. Both men share a mutual respect and some commonalities, but when push comes to shove, each of them is prepared to take the other out when the time comes. Last night’s installment of The Walking Dead, “Arrow on the Doorpost,” was essentially a longer version of that scene, except Rick and The Governor share nothing but hatred for one another, and a strong desire to topple the other’s regime at any cost. The writing was once again solid, and the point that everyone involved in this impending war has suffered a great deal of loss was further enhanced. Now, on to the funny parts. 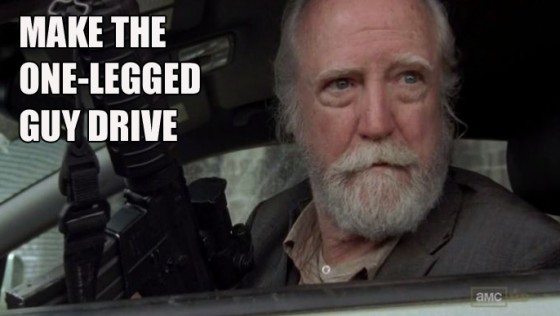 Hershel is certainly self-sufficient, but would it have killed Rick to drive to the meeting? 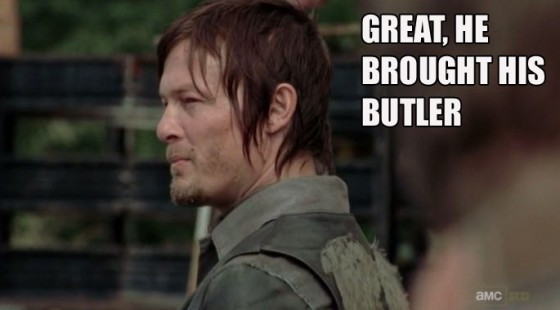 Daryl doesn’t say much, but he’s good for at least one zinger per episode. 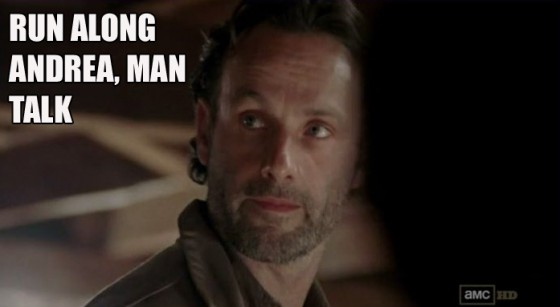 I love how both Rick and the Gov dismissed Andrea from the sitdown she engineered. I’m surprised they didn’t tell her to go bake a batch of cookies. 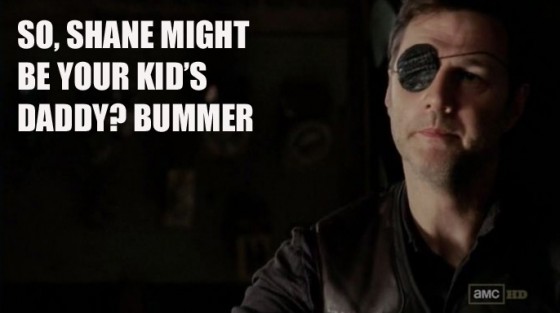 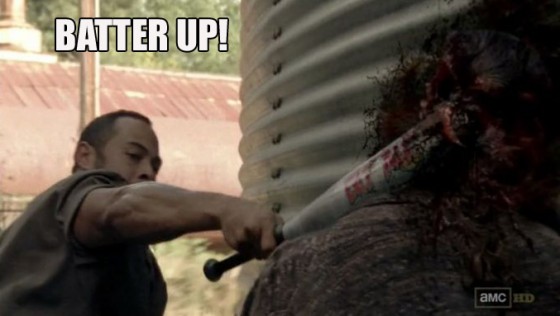 A nominee for zombie kill of Season 3, courtesy of Morales. 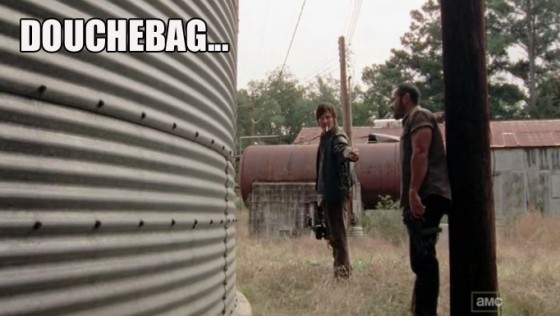 Even during an apocalypse, dudes prefer menthols. 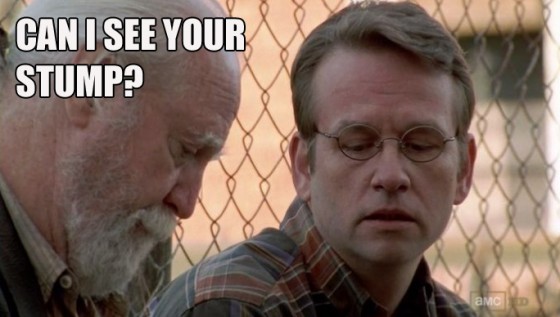 It’s important data. Sure it is, Milton. That doesn’t make you any less of a creep. 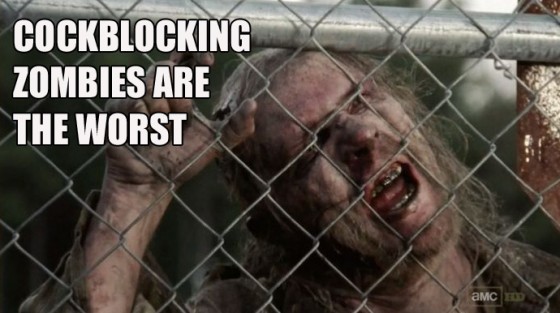 But they weren’t enough to stop Glenn and Maggie from engaging in some hot, dirty makeup sex. 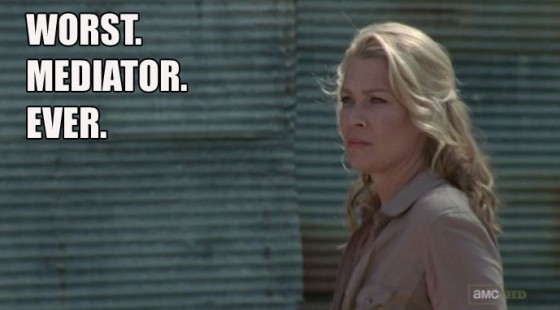 Speaking of worst, Andrea gets points for trying, but she still stinks at pretty much everything. 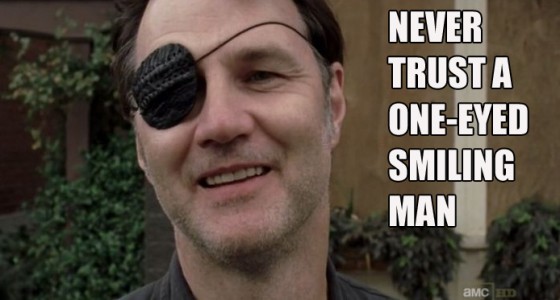 If The Gov believes his multitude of smiles and laughs are concealing his desire to commit kill crazy murder, he’s sorely mistaken.

LOL! Damn, this lead-up to Prison vs. Woodbury is taking forever. Luckily, the writing and acting has been top-notch or I’d be whining like I was during the first half of Season 2. Until next week….