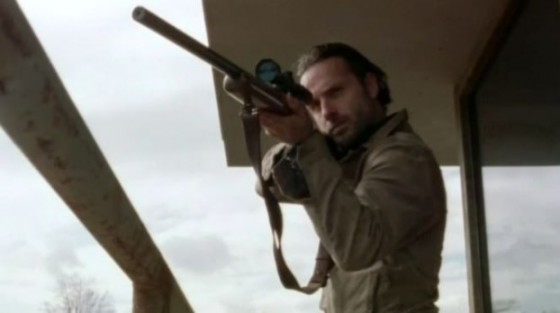 Holy Dr. Giggles! If you didn’t think The Governor was a sadistic lunatic before, after watching last night’s episode of The Walking Dead — appropriately titled “Prey” — it should be abundantly clear that the guy isn’t playing with half a deck, let alone a full one. Andrea finally made up her slower than molasses mind and left Woodbury after discovering her former paramour’s demented chamber of chains, knives and whistles. The entire installment played out as a standalone horror movie as Andrea became prey to the Gov’s hunter as she attempted to reunite with the prison gang. Needless to say, there was no happy ending for blondie. It was quite ominous, and also amusing. Here are the Governor heavy funny bits. 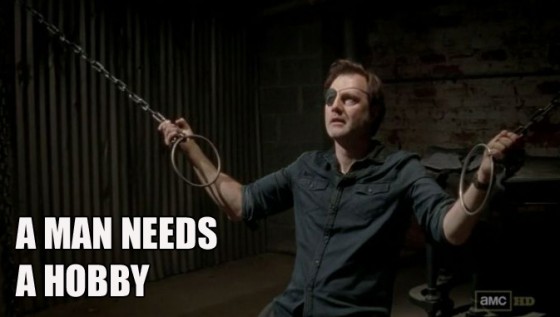 It just so happens The Governor’s involves various instruments of torture. 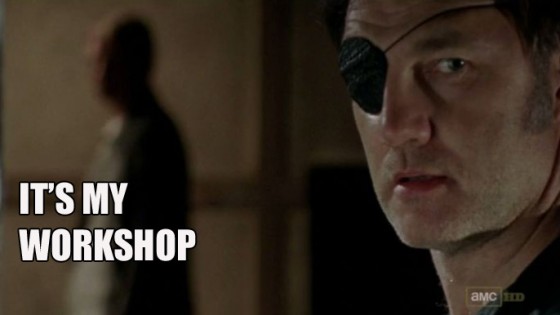 This wacko’s idea of a workshop would make Hannibal Lecter cringe. 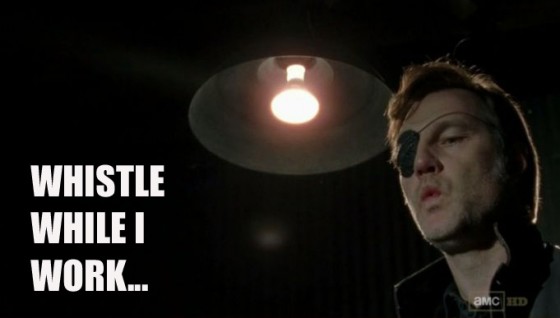 And then filet the seven dwarfs with a Ka-Bar. 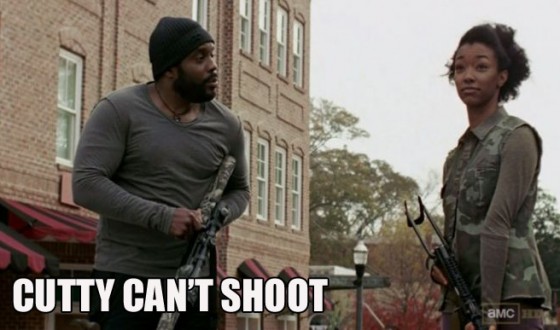 I still haven’t warmed to Tyreese yet, so he’s Cutty from The Wire until further notice. 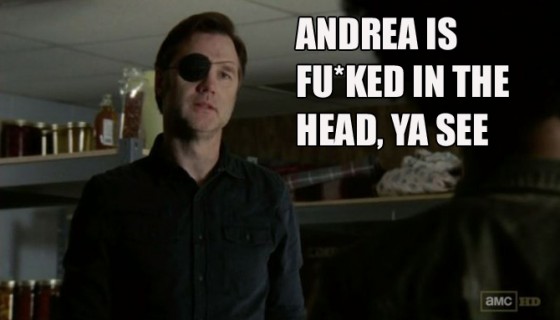 To be fair, he’s not entirely wrong. 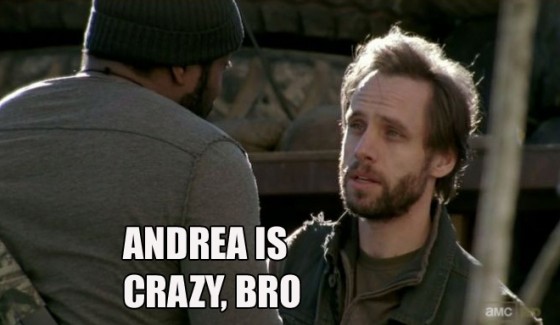 More Andrea hate. Must be contagious. 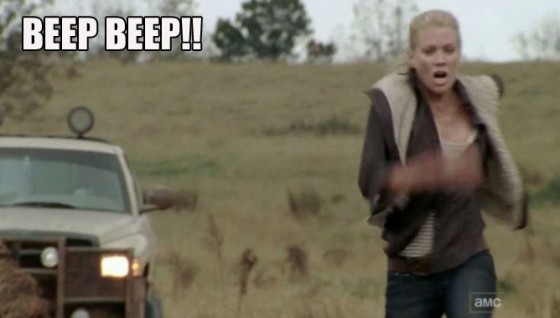 Why honk the horn? It’s not as if she doesn’t see him. The Gov really is embracing his inner sociopath. 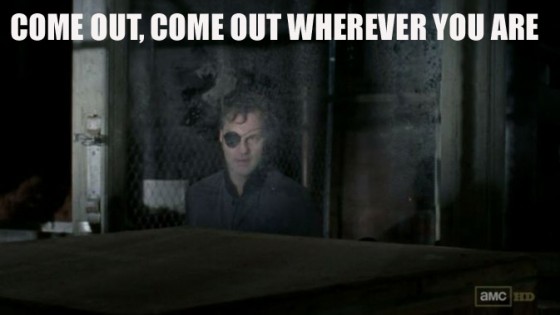 Okay, there wasn’t much funny about the warehouse sequence. In fact, it was dark, sinister and chilling. I mean, look at David Morrissey in this still. Brr!!! 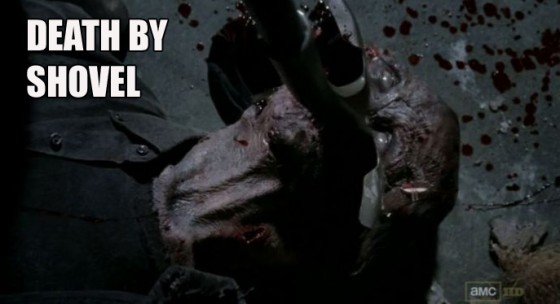 Gov killed this poor bastard with the first shot. The next seven were for good measure… I guess. 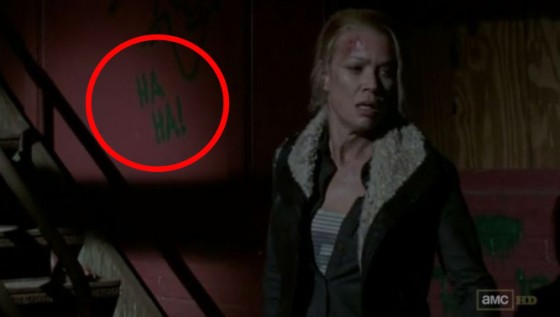 This zombie apocalypse graffiti had to be put there on purpose. Right? 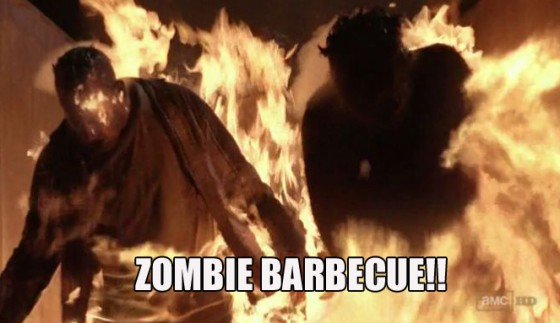 I enjoy mine with extra sauce. 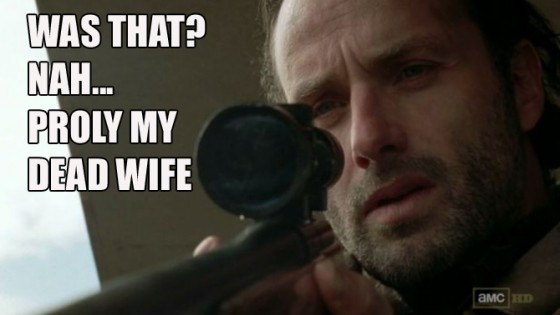 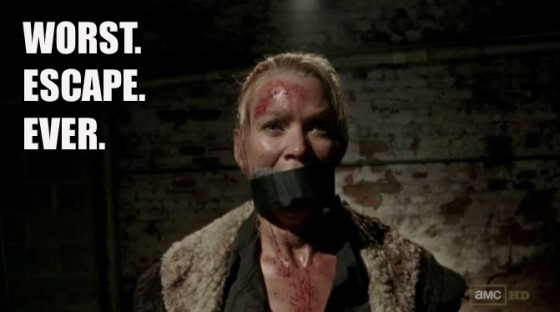 Poor dumb Andrea. Shoulda killed The Gov when she had like five chances.

LOL! Only two episodes left in Season 3. Who dies: Andrea, the Gov, or both? Until next week….