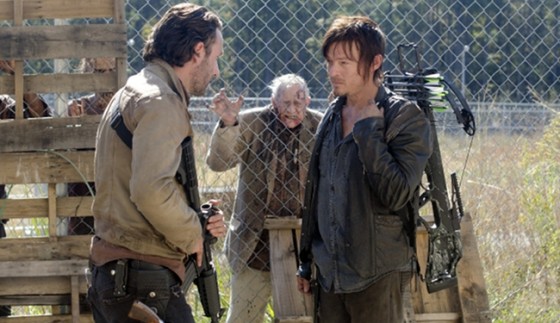 Well, it was bound to happen. Another major character on The Walking Dead was sent to their demise by the wonderfully merciless creators of last night’s episode, “This Sorrowful Life.” And unlike the other fallen survivors of the zombie apocalypse, I for one am going to miss Merle Dixon. A death scene that hearkened back to Carl’s killing of Lori, Merle’s end was torturous to watch, but at least his final act was self-sacrificing. Honestly, there wasn’t much in the way of funny, but here are a few moments of comic relief in an otherwise maudlin installment. 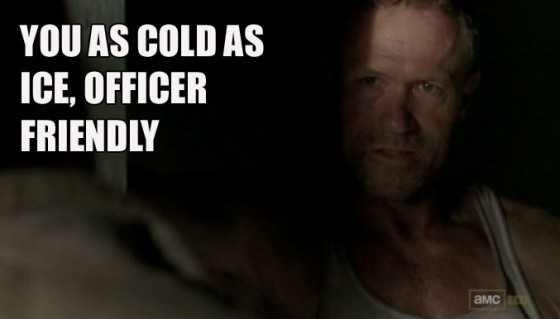 But of course, Rick isn’t. Which is a good thing. 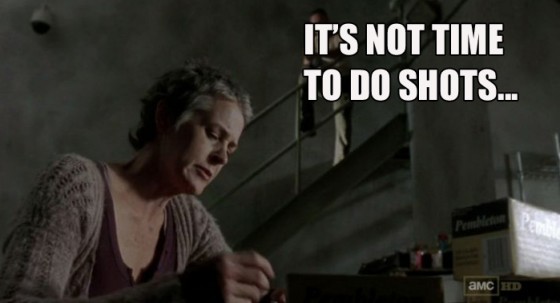 Sorry, Carol. If there was ever a time to do shots, it would definitely be when the world has gone to complete and utter shit. 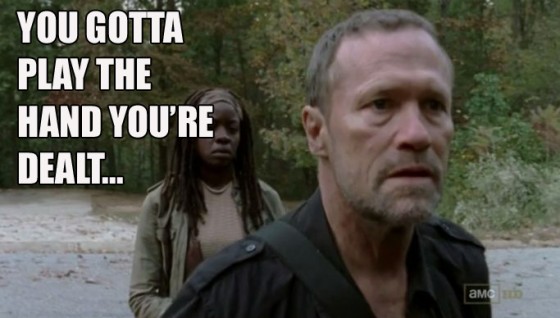 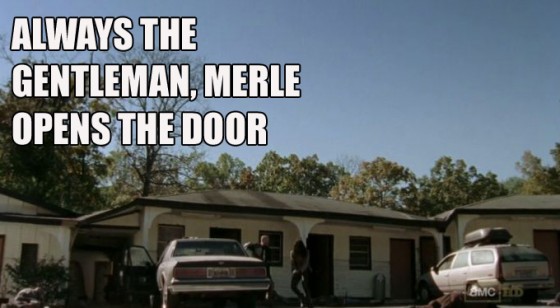 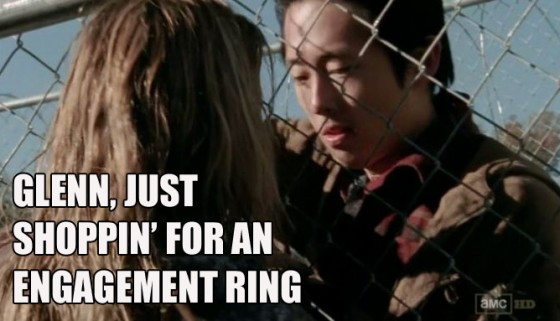 It’s not as if there’s a Kay Jewelers around the corner. 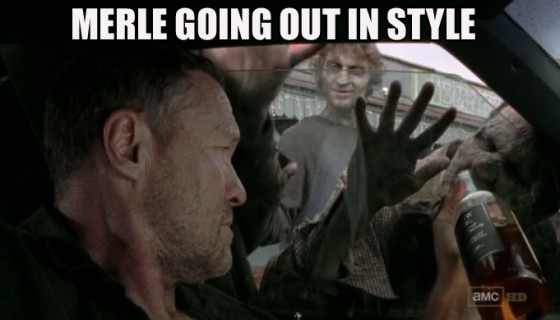 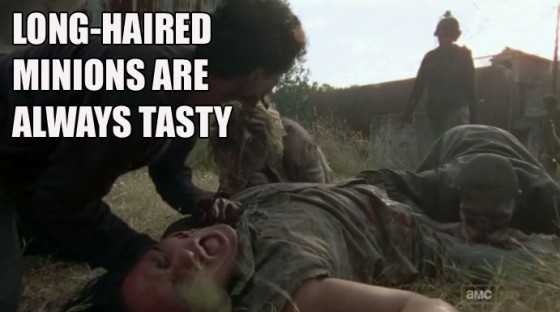 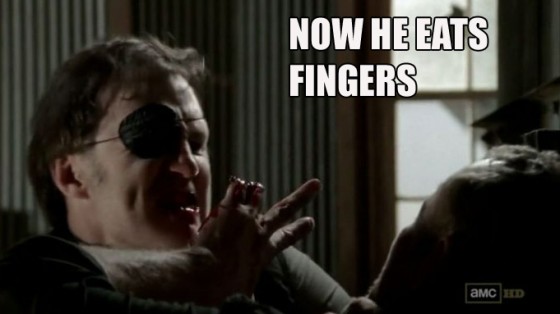 The Governor just keeps adding to his lunatic repertoire.

LOL!! Sort of. The long-awaited battle for the prison will culminate in the Season 3 finale. Methinks it won’t go down as expected. I envision a Road Warrior type trap being set. Although, Rick and Co. are in short supply of dynamite and gasoline. Until next week….