A couple of weeks ago I expounded on why I feel The Walking Dead defines the recent trend of brutality TV. Anyone who watches the show knows it’s a grisly, soul-crushing portrait of surviving a zombie apocalypse, as it should be. However, there are also moments of levity, both intentional and unintentional. And last night’s episode “When the Dead Come Knocking” was no different. In between decapitations and intestine gorging, there were the following LOL moments. 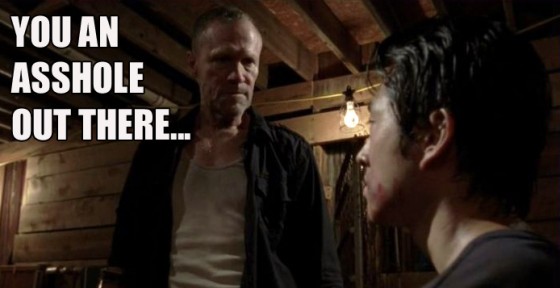 Merle is still bitter about that whole left-on-the-roof-had-to-cut-his-own-hand-off thing. Can hardly blame him.

Michonne’s matter of fact description of The Governor is spot on, and quite amusing. 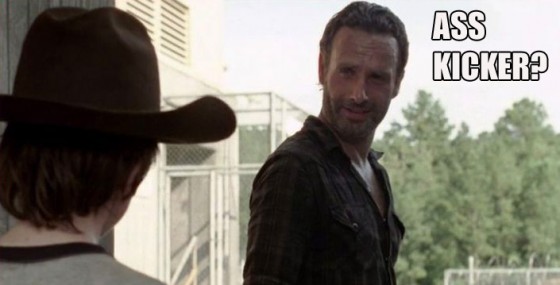 Daryl should be the official baby-namer in the zombie apocalypse. Rick agrees. 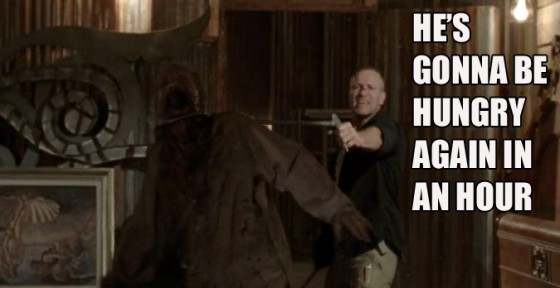 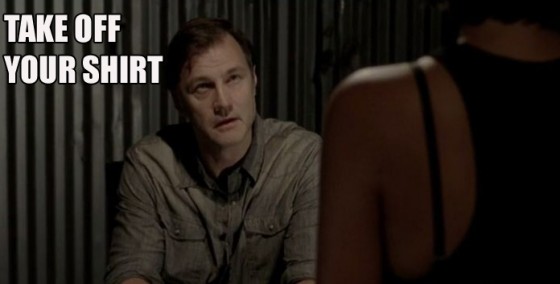 Not funny ha-ha. Funny because it reinforces what we already knew about The Governor: he’s a sadistic piece of sh*t. 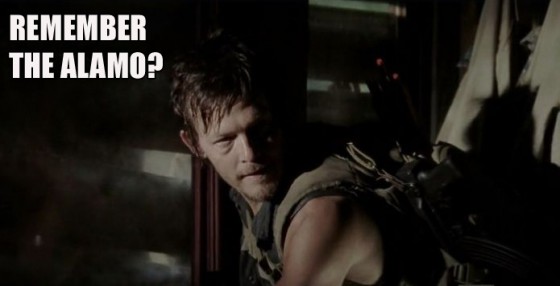 Daryl’s colloquial one-liners are the best.

Did Mr. Cabin in the Woods not realize there was a zombie apocalypse going on outside? Well, he does now. 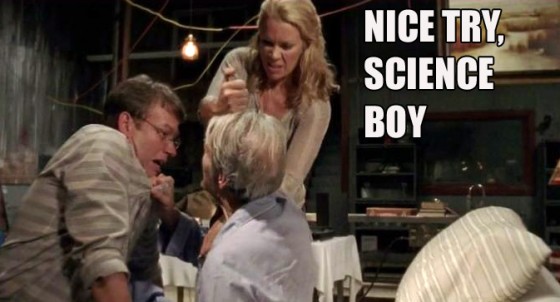 Milton means well, but he needs to die. 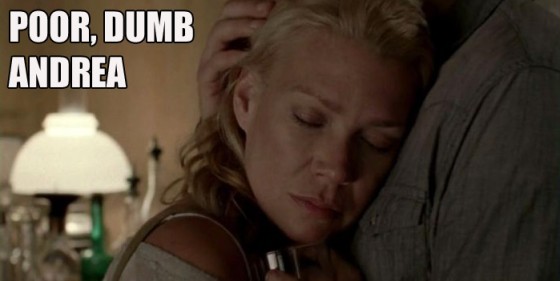 Andrea and her insane boyfriends. LOL!