Sports > Other > Lolo Jones to Star in Cool Runnings II 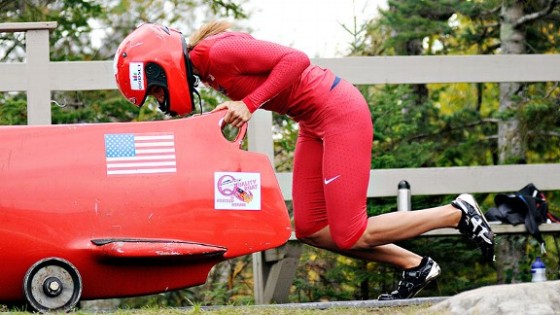 In a story reminiscent of the plot of the 1993 John Candy comedy Cool Runnings, Summer Olympic athlete Lolo Jones has been named to the U.S. Women’s Bobsled Team. Jones, whose celebrity during the summer games outweighed her accomplishments, will join 2012 Olympic teammate Tianna Madison as potential “pushers” for the 2014 Olympic team in Sochi, Russia.

Much like Candy’s character in Cool Runnings, U.S. Women’s Bobsled coach Todd Hays believed that track and field athletes can potentially become elite bobsled athletes thanks to their speed and power. By recruiting failed summer Olympians, Hays (like Candy) hopes to bring home winter gold. Jones, who had a fourth place finish in her signature hurdle event in London, just picked up the sport in the last few months. Apparently she showed enough progress during the bobsled push camp in Lake Placid to receive a place on the roster. With only a few weeks left before the World Cup season begins on November 8th, Jones and Madison will have to work hard to earn a spot on the final team. We can only hope that Doug E. Doug makes a cameo appearance in drag.