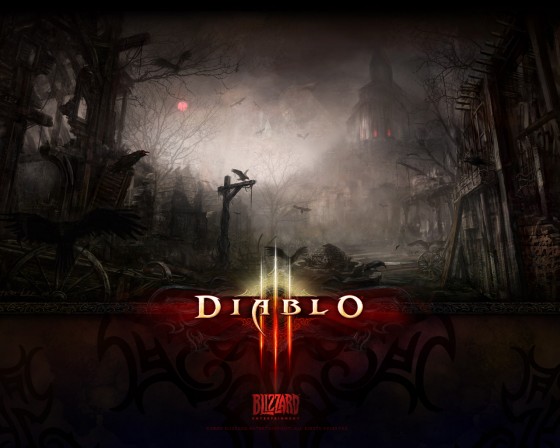 May 15, 2012 was one of the most long-awaited days in video gaming history, because Diablo III finally hit shelves, almost four years after the game was announced and more than a decade after its predecessor came out.

It started with customary problems (doesn’t it always?), as Blizzard’s servers had a hard time handling the load, and it wasn’t hard to get an error message. While some folks complained of errors and other lack-of-features, others say it’s simply beautiful, addictive nonsense.

The game itself took me back to my time playing Diablo II, only with much better graphics (not to mention on a much better computer). Like the previous games, we mindlessly click on the devils/skeletons/zombies who we want to kill, pick up the money and supplies we find, and try to cover all the territory on the map. In other words, it’s everything we loved about the other games, but newer. We have several characters to choose from, male or female (even a female barbarian which doesn’t sound right – I’m pretty sure barbarians are sexist by nature. Google “Female Barbarian” and you’ll see that this game pretty much invented it).

But I’m more grown up now and it takes more than just mindless clicking as a female barbarian to entertain me, so I purchased the Collector’s Edition (which at one point was $100, as opposed to $60 price tag for the regular game). The $40 extra gives a few nice-to-have items.

– The soundtrack. I’m a soundtrack nerd, and was fortunate to download the music from Diablo II back when Blizzard’s site was giving it away for free. Then they learned their lesson and started charging for it. Definitely worth it.

– Two Blu-Ray behind-the-scenes and making-of discs. I enjoy watching how movies get made, so why not video games? Nice-to-have.

– Diablo Skull and Soulstone USB Flash Drive (with Diablo II and expansion pack on it). This is a nice little accessory, even if I don’t plan on playing Diablo II again (especially since it’s the PC version on it, not the Mac). The USB Flash Drive lights up like the Dark Crystal when plugged in, which looks pretty cool on the desk. When it’s not, you stick it in the skull (which attaches via a magnet) and makes a nice accessory. Essential? No. Neat? Sure. Plus, this is custom fit for a very nice small box.

– The Art of Diablo III book. This is a very nice, high quality book and definitely something for your coffee table in your man-cave. It’s 200 pages and worth flipping through.

– Three Diablo III guest passes and a World of Warcraft guest pass. So friends too cheap to buy the game can play it.

– A really nice box. You ever buy a product where the packaging is worth displaying? This is that packaging.

Is all of this worth the extra $40? I say: Sure. No complaints here. One thing though: It’s hard to get for $99 now – jerks who bought it for that price are now trying to sell it for a profit. 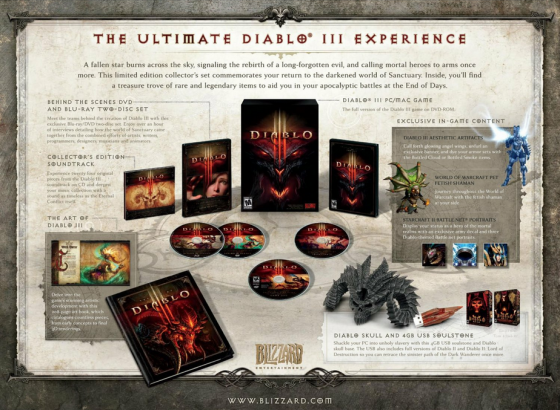