Grub > Food > A Look at McDonald’s and The Olympics

A Look at McDonald’s and The Olympics 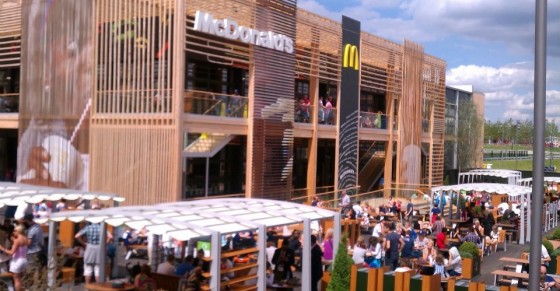 In case you weren’t aware, McDonald’s is the official food sponsor of the Olympic games, and it’s created a bit of a stir. Many people don’t see the connection between world-class athletes and the less than healthy offerings of the golden arches, which is the only food vendor in the Olympic village. They’ve created the largest McDonald’s in the world, which will actually be demolished after the games. If you haven’t seen it yet, check out the photos below : 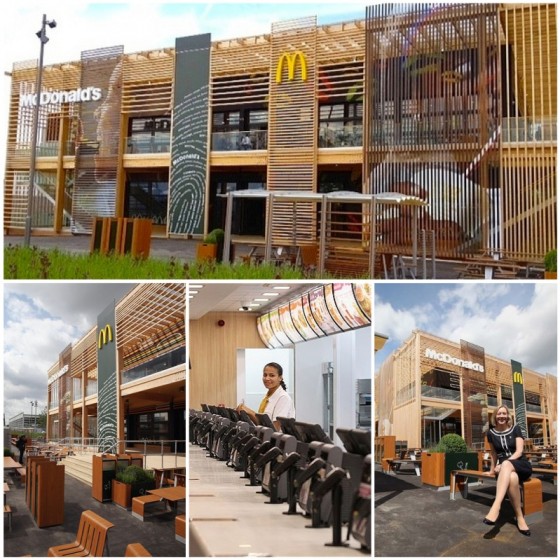 McDonald’s connection to the Olympics is nothing new however, as the following chart shows. They’ve been officially associated with the games off and on since 1976, and it appears that they’ve already renewed through 2020. So expect to see Ronald McDonald trolling around the Olympic dorms for years to come. 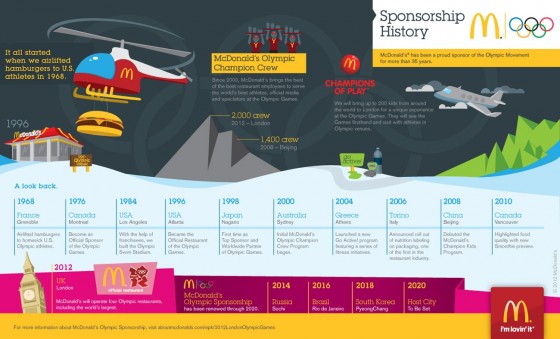