Looking For a Tax Break? Support the Stache Act 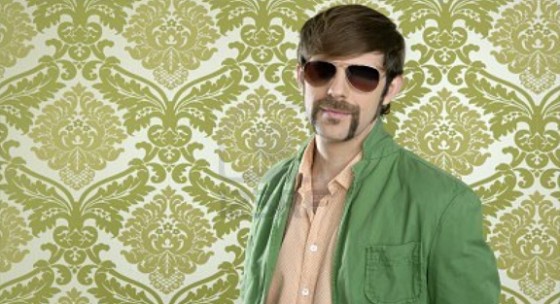 If you ever wondered why Congress has a reputation for being a corrupt institution mired in red tape and shady backroom deals, this story might shed some light on the situation. A Maryland Representative has come under fire for allegedly retracting his support for a proposed act that would give tax breaks to, wait for it, people with mustaches.

The American Mustache Institute claimed Tuesday that Rep. Roscoe Bartlett had lent his support to the `Stache Act, which calls for a tax deduction of up to $250 a year for facial hair grooming.

Hey, those miniature combs and tubes of wax don’t come cheap. Maintaining a well-groomed stache can rival that of a fine-tuned sports car or a fully trained sex slave. If anyone deserves a tax break, it’s Mustachicans.

Sadly, Bartlett, who himself is of the stache persuasion, denied ever supporting the measure.

“For the record: Roscoe is pro-stache, but he does not believe Americans should pay for people’s personal grooming decisions,” Bartlett’s chief of staff, Deborah Burrell, said in a statement.”

Blasphemy! He should be forced to shave for turning his back on the stache community. Not surprisingly, the American Mustache Institute is none too happy with Bartlett.

“We are highly disappointed by their reversal based on the fact that the congressman’s opponents in the race are jumping on the bandwagon to criticize him,” chairman Aaron Perlut said. “They obviously don’t understand what it is to be a mustached American.”

Truer words have never been written. Like the blacks and the gays, the mustachioed have long been persecuted for the color of their facial hair and their alternative lifestyle choices. It’s time for mustache nation to be heard. So call your local elected official and lend support to the Stache Act. Because $250 buys a whole lotta Lucky Tiger.