Media > Movies > Lord of the Rings Extended Edition on Blu-ray: Worth the Upgrade?

Lord of the Rings Extended Edition on Blu-ray: Worth the Upgrade?

When the Extended Edition of The Fellowship of The Ring was first announced in late 2002 just before The Two Towers hit theaters, it was met with mixed reaction. Many thought that the theatrical release was too long as is, but now they were going to make it even longer? It seemed like lunacy to most. But those, like me, who were fans of the books, knew how much was omitted from the source material and were hungry for more. So, like an idiot, I remember buying the theatrical AND extended editions of Fellowship. But it was the last time that I did.

The extended editions of these films made perfect movies flawless. They flowed better, looked better and gave us more scenes with characters we had grown to love. Even fans who hadn’t read the books said that certain scenes (Gimli/Galadriel parting gift scene, anyone?) made much more sense to the overall story. In the end, they were so good most people said they would never watch the theatrical versions again. Count me in said group. 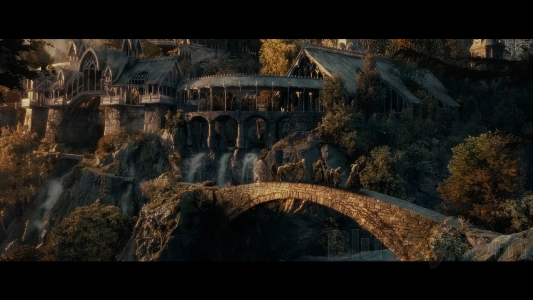 When it was announced the trilogy would be getting a Blu-ray release, I was of course excited. Then the realization that they were only the theatrical editions hit me; I was let down. Where were the extended editions? I fought the urge to buy the first batch and held off until the extended edition was released in a handsome box set this past week. And, WOW, was it ever worth the wait. Let’s take a look at each section of the release below.

The entire trilogy comes in a slick looking glossy golden box with an up close shot of The One Ring on the cover. There is a magnetic flap that opens up into a gorgeous map of Middle-earth and the three films slide out of the side. Each Blu- ray case holds five discs and is the color of the DVD releases (Fellowship, Green — Two Towers, Maroon — Return of The King – Blue). In the end, this is a very nice package that will fit fine on most DVD shelves.

Holy crap, if all Blu-ray releases looked this gorgeous, DVD would be the new vinyl. For those that were worried it would be the same lackluster quality as the theatrical Blu-rays, worry no longer. The movies have been remastered from the films original digital files and look absolutely breathtaking. I put in the Bridge of Khazad Dum scene just to test the quality and it was like I was watching it again for the first time. Other key scenes I tested were Gollum’s first appearance, the battle at Helms Deep, Shelob’s Lair and The Battle of Pelennor Fields. Simply stunning visuals that don’t look one bit dated. If I was grading these on a scale of 1 to 10 I’d give it 27. Oh, Shelob still scares the hell out of me… stupid arachnophobia. 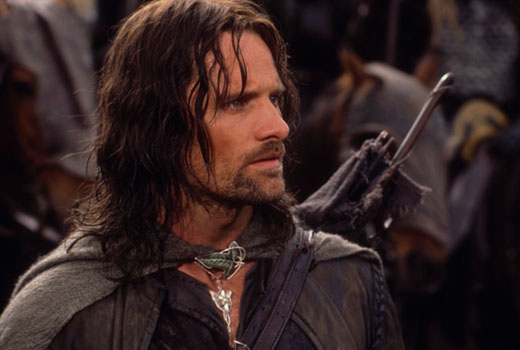 Now THIS is why I upgraded the audio in my living room. I liked my 7.1 DTS system before, but now I’m in love with it. Even though the film is only in 6.1 DTS, it matters very little; I was hearing things coming from the sides of me that not even the Terminator 2 DTS release brought out. This alone makes the upgrade worth it. Audiophiles will be going bonkers for this. And my wife will be planning to go on weekend-long shopping trips when I decide to give the full trilogy a go, because there is no way you can listen to this quietly. The score, the battle sounds, everything… it’s amazing, to say the least. 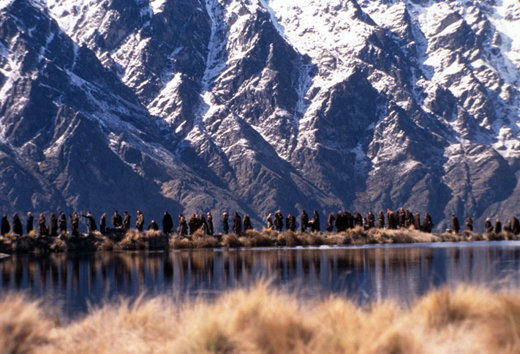 These are hard to grade. There are absolutely no extras that were not included on the DVD Extended releases. But the fact remains that if you’ve never watched these, do yourself a favor and do so immediately. The amount of detail and blood and sweat and tears poured into these films is all captured on behind the scenes documentaries. And we’re talking about hours upon hours of extras. However, they are not presented in HD quality. Kind of a bummer, but it doesn’t lessen the experience too much.

Overall, this is easily the most impressive Blu-ray set I’ve seen to date. If you were weary about laying down another bundle of cash for these films, know that this time the upgrade is worth it in every capacity. At 11 hours and 21 minutes of high definition goodness, turn the phone off, get a babysitter and give the wife your credit card and tell her to go have fun as you feast your eyes on a day-long treat back to Middle-earth. 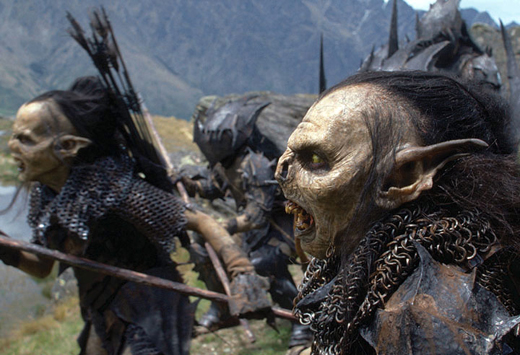