Sports > Baseball > The Loser’s Guide to the 2011 World Series

The Loser’s Guide to the 2011 World Series 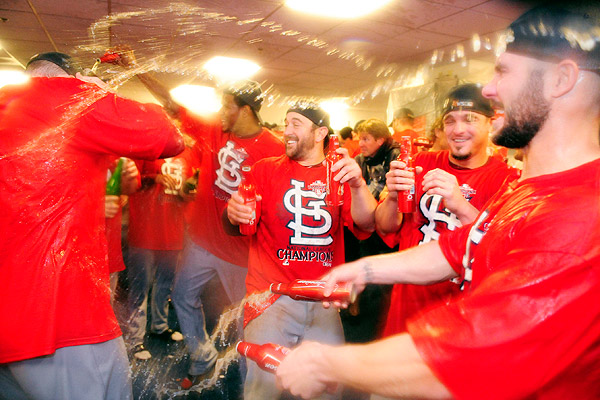 Back in February 30 teams reported to training camp with the hope of winning the World Championship. Eight months later 28 teams are home watching as the Rangers and Cardinals meet starting Wednesday in the World Series. While both teams have a lot of reasons why they will win the World Series, they have far more reasons why they won’t win. Knowing that only one team, and fan base, will emerge victorious, we are proud to present: 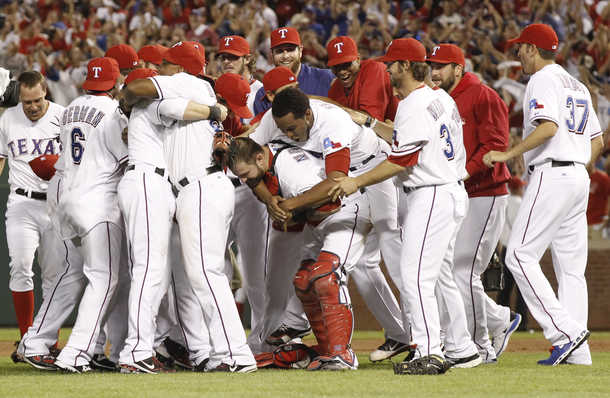 The Loser’s Guide to the 2011 World Series 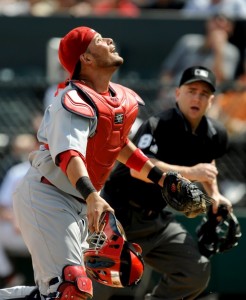 While he has made a couple of nice plays behind the plate in this year’s postseason, the Rangers’ Mike Napoli has been one of the worst defensive catchers in baseball throughout his career. Meanwhile the Cardinals’ Yadier Molina is an excellent defensive catcher, but has virtually no power at the plate compared to Napoli. In practice, Napoli’s issues behind the plate are negated by the Cardinal reluctance to run.

Molina is a black hole in the lineup.

Albert Pujols is one of the best players in baseball for St. Louis while his counterpart Michael Young hits like the career middle infielder he is, with a career postseason OPS of .603. At third base NLCS MVP David Freese can be outstanding if he stays healthy, which has been a problem in his young career. Texas’ Adrian Beltre can sympathize, as he enters the World Series banged up after taking a foul off his leg in the ALCS. 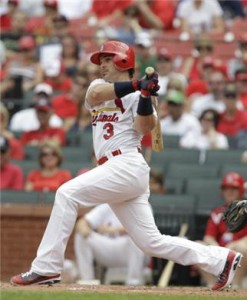 Ryan Theroit starts at 2B for the Cardinals, providing a reliable source of singles and that’s about it and his partner Rafael Furcal is playing on borrowed time with his injury history. Elvis Andrus and Ian Kinsler are far superior in all aspects of the game and have some real speed to add to the Rangers lineup.

It’s hard to see the Cardinals’ duo providing much value at all defensively, on the bases, or at the plate. 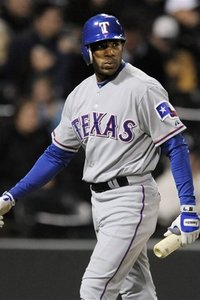 Assuming he stays on the wagon, Josh Hamilton is the best bat in the Rangers lineup, though Nelson Cruz has enjoyed an outstanding postseason at RF. The Cardinals boast elite hitters as well in Matt Holliday and NL Comeback Player of the Year Lance Berkman. With those four players evening out it comes down to the last member of each outfield. The combination of Allen Craig and John Jay might not be spectacular, but compared to David Murphy and Endy Chavez they might as well be Babe Ruth

Hamilton disappears at times and Chavez is hardly going to help with his .205 career postseason average. 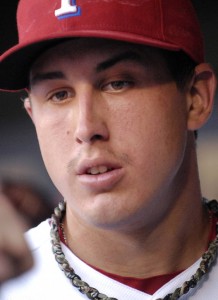 Neither team managed a quality start in their respective League Championship Series, which is a great sign for fans of offense. Texas Ace CJ Wilson has been miserable over his playoff career while St. Louis will rely on number one P Chris Carpenter. Among the remaining six starters only Rangers Matt Harrison and Colby Lewis have ERAs under 5.00 this postseason. The match up to hope for is a game four meeting of youngsters Jaime Garcia and Derek Holland, as both are equally likely to throw a shutout or get lit up.

Their starters have been terrible this postseason and there is no reason to expect that to change against the Rangers’ big bats. 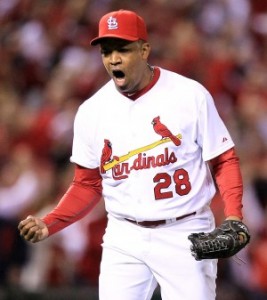 Both bullpens have been used heavily this postseason and have answered the bell when called. The Rangers will benefit from a little extra rest, but both teams should have their full pen available for this series. Both teams will be relying on midseason pickups to get them to closers Neftali Feliz (Texas) and Jason Motte (St. Louis).

The Cardinals will put their fate in the hands of Octavio Dotel on at least two occasions. Ask the Mets, Astros or White Sox how well that has worked in the past. 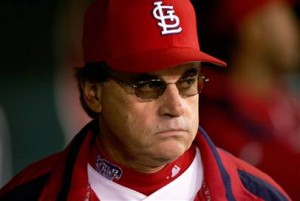 Ron Washington gets a lot of credit for providing a calm hand in managing the Rangers, though he has shown some poor decision making this postseason. He tends to stick with what works, having a steady order in which he uses his relievers. St. Louis skipper Tony La Russa uses his bullpen and bench like a chess player on speed, trying to maximize every at bat. This usage left the Cardinals with one of the most worked bullpens in the league during the regular season. This could leave the Cards shorthanded in a series that doesn’t look to feature a lot of innings out of the starting rotation.

Much like the drivers around the St. Louis area, Cardinals fans know that when La Russa is behind the wheel only bad things can happen.

Thanks to a dominant lineup and reliable pen the Loser’s Guide picks last years losers, the Texas Rangers, as the 2011 World Series Championship.*

*then again, this is the Loser’s Guide, so don’t bet the house on it.