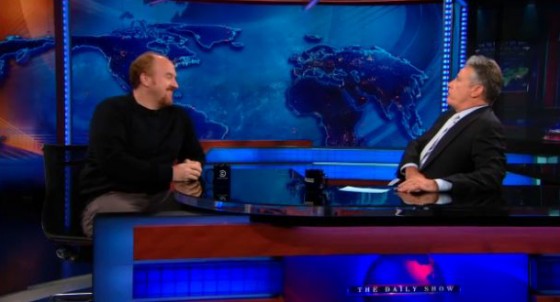 So Daniel Tosh got into trouble for telling a rape joke. And because society is more interested in not being offended than supporting freedom of speech, Tosh, and anyone bold enough to defend his right to tell a brutal joke, got into hot water. This list of “rape apologists” includes Louis C.K., whose innocuous tweet about liking Tosh’s show on Comedy Central, made him a target of feminists and outraged bloggers. Luckily, C.K. is a master at defusing a powder keg, as he did on last night’s installment of The Daily Show.

See what he did there? He trashed women, bloggers, feminists, comics, Jews and himself all while defending “bad” jokes. That’s why Louis C.K. is the funniest guy on the planet.