Louis Tomlinson is a member of One Direction. We’d give you a little more info on him, but to be honest that’s as much as we could type about him without succumbing to the urge to punch our own eyes clean out of our skulls. Recently he was signed to a league one English soccer team who we’d name, but again, eye punching. Predictably the reactions to this by the online world have been as hilarious as they’ve been stupid. 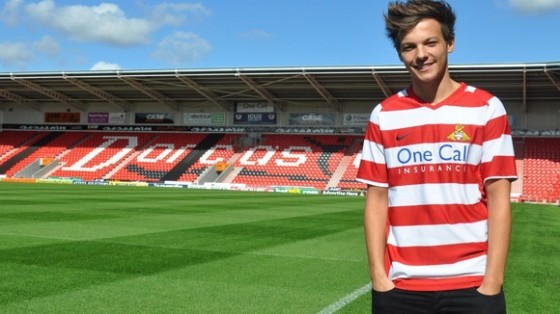 For example, in this article, One Direction is referred to as the world’s biggest boy band. To be fair, they totally are at this moment in time. Of course there is no shortage of people thinking that this is a shot at every other band, ever. Because of course there are people who are that stupid.

You can almost hear them shaving the back of their hands.

Then there are people who simply haven’t read the actual article, specifically the part where it states that Tomlinson will be “a non contract player“. In other words, he’s not going to be on the main team and presumably any matches he plays will be nothing more than glorified charity events. Which hasn’t stopped people from calling this the end of football, because attracting millions of new fans is always the best way to ensure something fails.

Yeah, because global media coverage is the opposite of what we want!

Then you have your people who are annoyed that they can’t play. They play just as hard as Louis, they’ve bided their time, paid their dues and now this floppy haired dipshit has swept in and stole a place from a hardworking player who isn’t going to get a chance now. Of course no one has taken into account that this isn’t their decision, it’s the decision of the managers of Doncaster Rovers and they’ve made a decision that will likely make them millions in ticket and shirt sales. Face it, it doesn’t matter if you can kick a ball better than Louis, he’s going to sell out every game he plays in, who else could do that?

Then you have the people who take offense to Louis or his band mates being referred to as “talented”. Because having the ability to make the seats teenage girls sit on look like someone stabbed a water balloon on them isn’t a talent, apparently.

Typed Hatch, from his chair, at home, alone.

Then you have the people who have taken to insulting the fans of One Direction who’ve decided to show up in the comment section. It’s at this point we’d like to mention that the majority of One Direction’s fans are teenage girls. So these are people aiming insults at young girls, for daring to like a band full of attractive young men. Because no one anywhere, ever makes stupid decisions like that when they’re young. You know, decisions like being so defensive of your hobby that you’ll attack a teenage girl on the internet because of it. 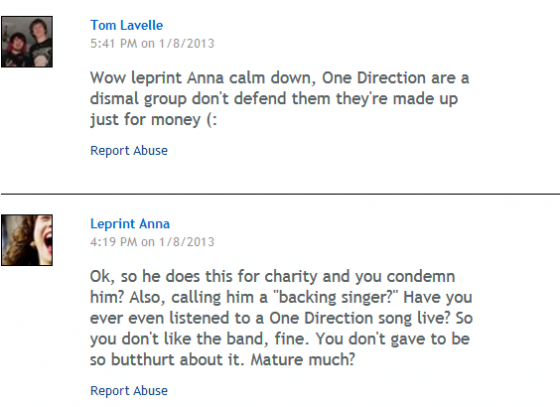 Lavelle must be a French name. Lavelle is French for asshole, right?

Now the long and short of this entire affair is that Louis Tomlinson will be playing soccer sometime in the near future and we’re just waiting for the first clip to land on YouTube so we can write an article about that too. 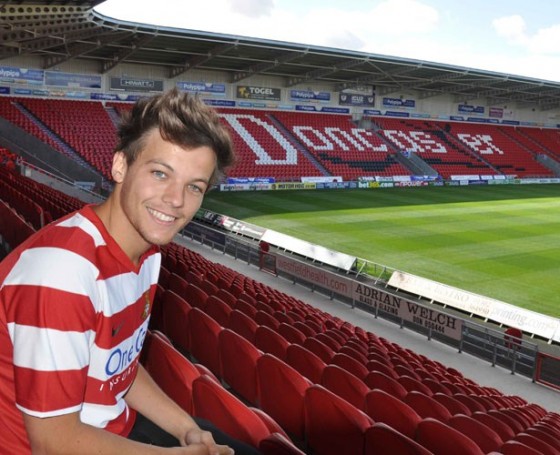