Sports > Hockey > Love it or Leave it: Winnipeg’s New Logo

Love it or Leave it: Winnipeg’s New Logo 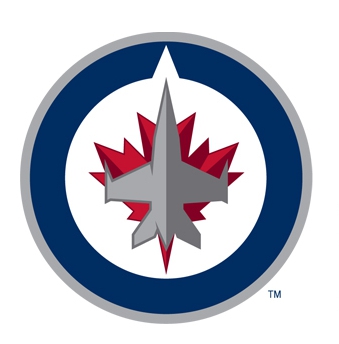 Not your father's Jets.

The pieces are slowly starting to come together for the born again Winnipeg Jets. Despite bringing back an old familiar name for the team, the organization has decided to bring a new logo which has both delighted and disappointed all in one swift announcement.

Above is the new main logo which will be featured on the front of the team’s new jerseys. The organization elected to use a circular logo which has been received well by teams that have used similar designs (ie: St. Louis Blues alternate jersey). Within is a rather plain looking jet placed upon a maple leaf, which immediately draws comparisons to another Canadian team named after said leaf. Surely the designers could have avoided a logo used by another Canadian squad? We are all for representing one’s country, but at some point it just becomes a cliche.

Crossed sticks? How many amateur jerseys feature this? Lots.

The nose of the jet extends beyond the inner ring, likely symbolizing the group that brought the team to Winnipeg, True North.

The other logos (right) are a mixed bag. Crossed hockey sticks is about the biggest cliche a hockey logo can have. From amateur and youth teams, the crossing sticks are seen just about anywhere and is seen as a standard, generic logo. No complaints about the silver, red and blue colors, though the comparison to the Columbus Blue Jackets’ color scheme has to be made.

Finally, the third logo gives us a hint of what style the lettering will be on the coming jerseys/banners/etc. While once again the leaf becomes a bit redundant (the common theme among the three logos is another team’s symbol = thumbs down), we do enjoy the pretty refreshing font chosen.

Of course, one can only make so many assessments and judgments on a computer screen. The true test will be when we see the actual jersey and how the above logos work off the overall color scheme chosen. Fans have been quick to voice their pleasure and displeasure, but we suggest waiting until an actual uniform is released – then by all means, go wild.