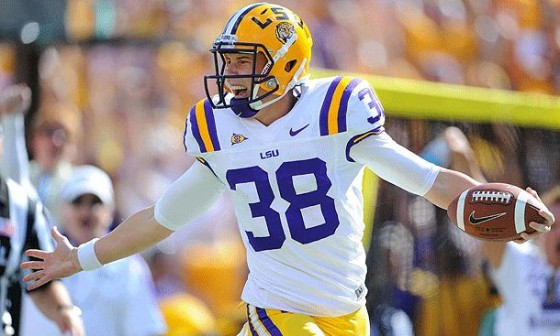 An LSU season that started with a special team (and defensive) standout being suspended for failing a drug test will end the same way. LSU, which already lost returner Tyrann Mathieu has announced that Punter (!!) Brad Wing has been suspended from the team for the upcoming Chick-Fil-A Bowl over a second failed drug test. Wing was arguably the most valuable player for a 2011 LSU team that lost to Alabama in the title game, and saw little drop off in his performance in his second season with the Tigers. 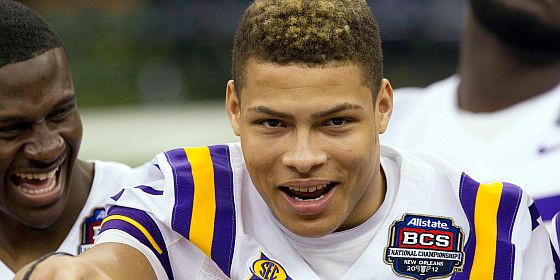 Pot has fast become a major problem for LSU Coach Les Miles. Last year Mathieu was suspended for a game, along with two other players, for testing positive for synthetic marijuana. A second failed test ended Mathieu’s 2012 season before it started, and likely his LSU career at the same time. He was then arrested in October of this year along with former players Jordan Jefferson, Karnell Hatcher and Derrick Bryant at an off-campus apartment. Mathieu is expected to enter the 2013 NFL Draft rather than attempt a comeback at LSU. 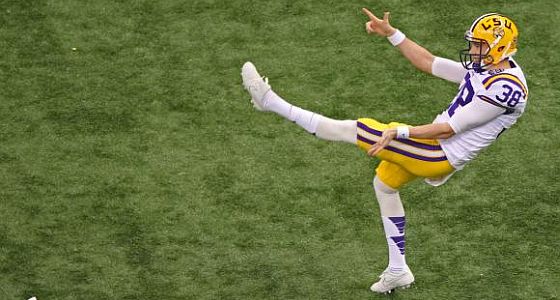 Wing, an Australian native, is likely to join Mathieu in the 2013 draft class. While considered an NFL caliber talent, Wing will likely have to wait until the third day of the draft to hear his name called next year, as failed drug test and his inexperience (he is a redshirt sophomore) will likely drop his draft stock. Last year Cal Punter Bryan Anger became the earliest punter drafted in 17 years when he was taken 70th overall by the Jaguars.