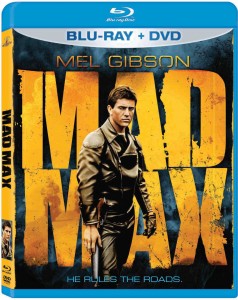 Mel Gibson lays down the law in Mad Max, on Blu-ray for the first time October 5th. The movie is a post-apocalyptic action classic where Mel takes revenge on a gang of outlaw bikers that take out his best friend and his best friend’s family. The streets are no longer safe when a savage group of bikers rule the road. The Main Force Patrol is looking to take down the bikers by any means necessary and they have an ace up their sleeve. That ace is Max Rockatansky, better known as Mad Max, who embarks on revenge mission, stopping at nothing to bring the criminal bikers to justice. 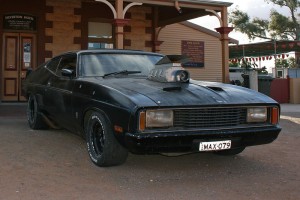 One of the things I love and remember most were all the sweet cars and motorcycles showcased in the film. The chase scenes are legit and authentic, and this was before the use of green screens and other CGI effects. Plus, it led to a pair of successful sequels, Mad Max 2: The Road Warrior and Mad Max Beyond Thunderdome. If you’re a fan of the trilogy, rumor has it Mad Max 4: Fury Road is currently in production. Unfortunately, Mel won’t be playing Max. Instead, it will be Tom Hardy from Inception.

Mad Max on Blu-ray is loaded with great features. You have the filmmakers’ commentary from Jon Dowding, David Eggby, Chris Murray and Tim Ridge. There is also a documentary called Mad Max: The Film Phenomenon, two theatrical trailers and a host of TV spots. Also, if you purchase the Blu-ray/DVD combo pack you will get more bonus features. There is the story of how this film gave Mel Gibson a jumpstart to his film career with the feature “Mel Gibson: The Birth of a Star.”

The combo pack costs $18.99 and can be purchased at Amazon.com. Considered one of the best films of 1979, you can pick up Mad Max on Blu-ray and watch the film that inspired the term “road rage.” And don’t forget to follow us on Twitter for your chance to win Mad Max on DVD!