We met a very passionate guy named Josh Miller last year in Georgia, where we were both invited to check out the new Toyota Tundra. Josh was only interested in one aspect of that vehicle, the fact that it is designed in California, engineered in Michigan, and assembled in Texas with an engine from Alabama. He was singularly focused on the Made in America story of the Tundra, and apparently every other product that he uses in his daily life. Miller is known as The Made in USA Guy on Facebook, and was the subject of a film chronicling his attempt to live entirely with products made in the United States. It’s way more challenging than you would think, and makes for a compelling film. Check out the trailer below :

We have all seen the “Made in the USA” brand. Does this brand really mean anything to people nowadays? This feature documentary, “Made in the USA: The 30 Day Journey”, is an epic journey into the heart and soul of America. After witnessing the tragic effects caused by a factory shutdown in his hometown of Ravenswood, WV, Josh Miller takes off across the country for 30 days to discover the answer to this question.

We’re happy to say that Made in the USA : The 30 Day Journey is now available on iTunes and it’s well worth your time. Josh has given a voice to the “Made in America” movement, and many have rallied to his call of discovery. Josh asks the haunting question, “We are willing to DIE for our country, but are we willing to BUY for it?” 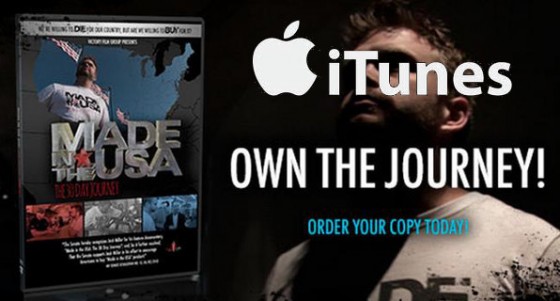