If at this point and time in your life, you are still playing Mafia Wars by Zynga – it is probably all about the achievements… and self loathing. If you are playing Mafia Wars on the New York tier, then the point is more than likely going to be about the money achievements. The big ones are what is known as the ‘Nest Egg’ in which you have deposited and ‘What’s After A Trillion?’ which means that you have somehow amassed more than 999 Trillion. You have to deposit this amount of money. That means that you must have 7 percent more than the amount which you are depositing. So, in order to get your Nest Egg, you would need to actually deposit 10.7 trillion to get the prized little pixel badge.

If you get 10 Trillion deposited, then this lights up and puts one of one in the little accomplishment field, thus justifying the hours you wasted to get there.

Several years ago, I plotted a way to get my Nest Egg achievement. My plan was to first get the Trillion achievement and then re-invest all of that money into my properties. The goal was to get to the point where I would be able to collect roughly a billion dollars an hour and deposit it religiously losing 7 percent on each deposit. My advanced and patient super-villains turned real-estate investors even had a target time frame of about two years to accomplish the achievement. When did I start depositing after I got the properties up to a billion an hour? That glorious day would be January 1st, 2012. That is correct. I have been executing this plan for over a year. How far along am I?

That’s right. I am right on schedule with nearly 7 Trillion dollars, bitch!. My target date of having the Nest Egg in January of 2014 is well on track. I couldn’t be prouder.

I have one friend at my regular job who also plays Mafia Wars. He recently told me that he is sitting on about 60 Trillion right now. I asked him how much his properties were worth? He then instructed me that properties were not the way to go.

WTF? Why not? Apparently the answer is the boss fight on the Enforcer level. This involves trying to beat the stuffing out a henchman named Agostino Cleto. Some genius figured out that the reward for beating Cleto was a percentage of the money that you had available outside of the bank cash. That would be this little number up here.

As a matter of fact, the winnings are about seventeen percent of whatever money you have out of the bank. So if I had about seven trillion out, then I could get over a trillion or so just by beating the stuffing out of this one guy!

I thought about it. Wait, I have about seven trillion. I can end this madness now! The achievement could be mine in no time. In that light, all of my carefully laid plans as well as work starts to look silly if not at least a little bit stupid. I could have probably just read blogs and figured it all out. There are people out there getting the ‘What’s After a Trillion?’ and getting all of their achievements. So, the important question becomes, do I take the alternate route and the achievement right now? By the way, if you play Mafia Wars, you are more than welcome to abuse this information completely.

What do I do with this information that would have been useful to me yesterday? Absolutely nothing. We execute the plan as originally constructed and get the achievement based on the income from properties with an accomplishment. You might rightly question “What are you some kind of idiot? You can have your goal today!” Yes, I could but the whole point was executing the ‘Nest Egg’ achievement as a five-year plan. Before we got to the ‘Nest Egg’ we had to actually get the “That’s With A ‘T'” achievement.

The date on it says May 6th, 2011. I started building properties for Mafia Wars in 2009. On January 1st 2011, I started depositing daily in order to get to the Trillion Dollar achievement in May of that year. I worked the rest of the year in order to build up the properties for the ‘Nest Egg’ achievement launch on January 1st, 2012. It is not just the achievement. It is the process and the dates that mean something.

When I was in college, a lot of us got obsessed playing Star Wars: Tie Fighter on Windows 3.1 in 1994. A friend of mine would go into my dorm room and play this game every single day after his classes were over and sometimes well into the evening. 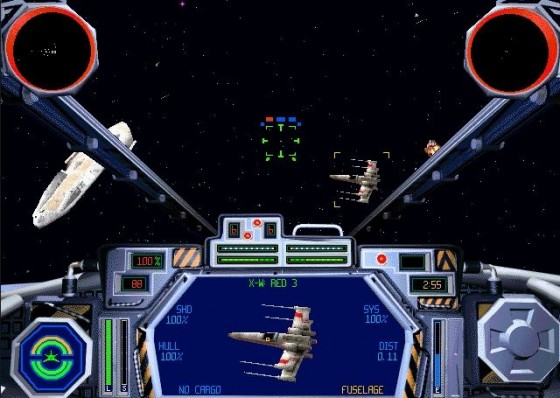 Three months, this poor guy took trying to own the game. Finally, he was the undisputed master of the game in our entire circle. There were just a couple of achievements left that he was working on. Sure, he bombed a whole college semester but he was an engineering student taking college algebra. Lets just say that it was not all that promising to begin with.

My room-mate went in one night (when the friend was just one last achievement away) and found an internet hack to get all of the achievements. He even tried to pass it off that he had gotten the last one legitimately. On the list of ‘greatest dick moves I have ever personally witnessed,’ that one still resonates 19 years later.

If beating Cleto advances your character and that helps you, then I am really legitimately happy for you. Use it. Game the system and expose the weaknesses. This is Mafia Wars after all. In theory, that is the whole point. For me, it is about the process. It is about the joy of the slow daily advancement. It is about seeing the bank account that I have carefully cultivated. It is about the feeling that I had in May of 2011 and then constructing and planning to get the Nest Egg in January of 2014. I will get it. I have all the time in the world. I have all the time I need. I am just a bit of a different type of Mafia Boss.