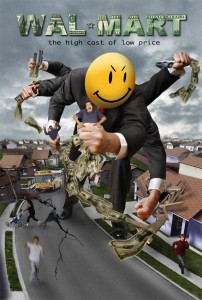 If there’s anything more all-American than the military, it’s Wal-Mart. Wal-Mart is often used to separate good common folk from those nasty libruls by the far right. So it’s a bit surprising to discover that Wal-Mart has been shafting families on shipping for soldiers overseas to the tune of five times the stateside shipping price.

Just for a comparison, according to Stripes, shipping something to an APO address on Amazon costs the same. For hipster magnet Target, which is like the gay liberal Wal-Mart, it’s actually less to ship to a soldier.

So, support America and American values: shop Target. Especially since they don’t have some creepy-ass old person meet you at the door.