How to Make Frozen Perfecter 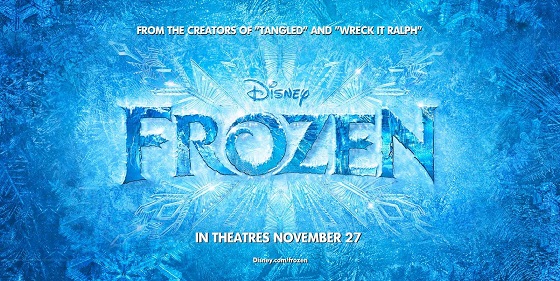 WARNING: This article obviously features major spoilers for the film, so I don’t want to see any whining about that in the comment section. Whining is my job here.

Frozen is the best movie associated with Disney since The Avengers (they handled the distribution) It’s already won some golden globes and may well be Disney’s first Best Animated Feature Academy Award winner since 2005. Plus it’s cleaning up financially and its soundtrack album has become a chart topper. They even re-released the film as a “Sing-Along” this weekend. With the character Olaf, Frozen pulled the miracle of including a comic relief character who was both comical and a relief to see (as someone who has seen 1980s Disney movies, I fully understand the value of that.)

And yet there’s one flaw in the plot that I believe sticks out like a sore thumb on the story for this film (the main problem many have with it is that they think there are too many songs or whatever but I’m speaking for me.) Fixing it would have turned this movie I’ve already seen twice into a movie I would have watched twice in a row. So as a non-screenwriter with no Hollywood connections and almost no fiction writing credits, here’s me being a Monday Morning Quarterback for my favorite movie of 2013 and much of 2014.

For a brief refresher, the movie is about sisters Queen Elsa and Princess Anna lifting a blight of cold that Elsa’s powers have inadvertently put on their country of Arendell. Just prior to the accidental plague of winter, Anna bumps into a handsome prince (13th in line to his throne) named Hans. Elsa and Hans hit it off, have a “love” song, and decide to get engaged. When Arendell becomes frozen, Elsa puts Hans in charge before going off to try to talk some sense into her sister. 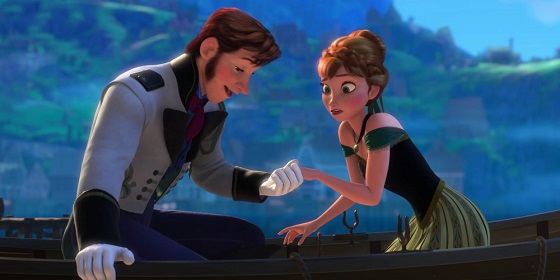 Towards the end of the movie, some of Elsa’s cold magic strikes Anna’s heart and is, in effect, poisoning her. Because the only cure is an “act of true love,” Anna decides that means going home and kissing Hans.

And here’s where my problem with the film shows its face. When Elsa gets home, she and Hans are left alone in a room so that he can deliver the kiss of true love. Then Hans suddenly becomes completely evil. He doesn’t try to kiss her, gloats over how he fooled her into agreeing to marry him, and relishes the fact he’s going to leave her alone in a room to freeze to death while opening the windows and dousing the fire. 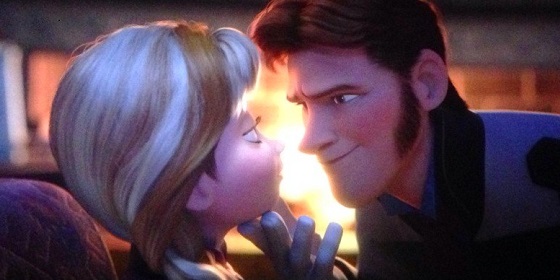 While I’m not enough of a douche to ever yell in a theater (it’s my way of staying on the good side of the sufferable/insufferable divide) that brought me pretty close to the brink. That moment is a complete flub from a character perspective. Not because I’m such a Men’s Rights Activist that I hate any portrayal of a man in a negative light (that’s what those guys are about, right?); and it’s not because I’m disappointed due to Hans being hot. Even though he totally is and props to the character designers for designing him. 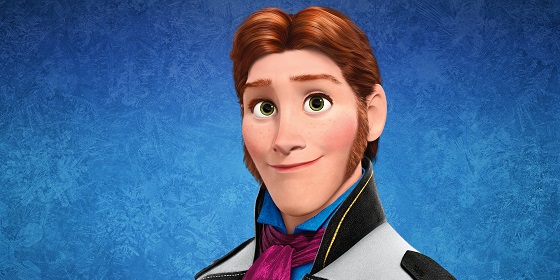 The problem is that it flattens a major character in an otherwise very subversive and progressive movie, and feels a bit inconsistent. Up to this point Hans hasn’t been a scheming poser: The movie has shown him demonstrating considerable courage in the face of danger and compassion for the citizens of Arendell. He is shown giving out soup and cloaks even when he’s in a position to abuse his power. It’s a forced, unnatural twist thrown in to give the audience the cheap satisfaction of having someone lose in the movie. 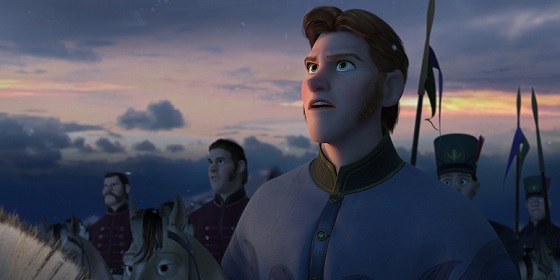 “Hey, better endanger my life and prevent the murder of the witch I feel has cursed the land I hope to usurp because I’m evil! My characterization makes so much sense!”

What would have been better would have been for Hans to actually kiss Elsa, and it doesn’t work because the two don’t have true love, just a crush. Hans, not thinking he has any other option, douses the fire and opens the window to let her freeze to death quickly. He still has to go out and try to kill Elsa because he has concluded that’s the only way to save Arendell from freezing, but it’s for the greater good instead of personal gain.

That suggestion is designed that way to allow the least amount of changes to be made to the plot. All the same things happen in the same manner with nearly the same motivations, it’s just Hans is less of an overt villain. He’s a misguided person doing the wrong thing for the right reason. As the old saying goes, the villain is the hero in their own mind. Even in a movie with freezing powers and a living snowman it otherwise goes against believable human motivations enough to snag on the audience’s immersion.

If you’re really married to the idea that Hans has to be evil, then you’d get the bonus option where, when he’s killing Elsa, Anna can remember that he’s thirteenth in line and call him on it. Hans could maybe subtly indicate that her comments hurt him because it’s a truth he doesn’t want to admit to himself, or he could be more ambiguous. Hell, the way it is, the audience just thinks, “Oh, Hans was evil the whole time. Okay. Guess I didn’t expect that since he was handsome and genial.” But if you make it a little less clear-cut, then you have something people might be talking about on the way home and online.

If you’re thinking “But it’s a kid’s movie! Who cares!?” I’m telling you that’s exactly why I care enough about it to write this. Kid’s are the ones that most need lessons about how in life the bad guys don’t really announce themselves or think that they’re the bad guys.

In conclusion, Hans shouldn’t have had it revealed that he’s such a complete villain. If that change had been made, I would have felt to an even greater extent that I got my eight bucks’ worth both those times.

I also have some nitpicks about that “Get a Horse” short.