Mall Santa Gets Trapped by Beard, Stays in Character 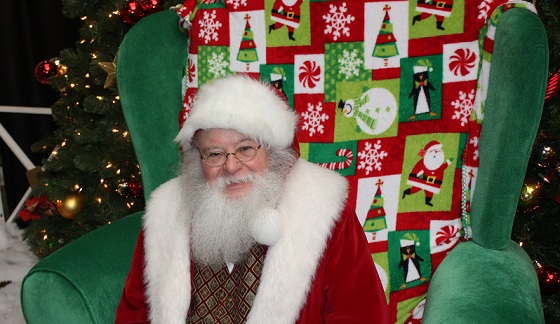 Santa is real, however, he’s a very busy man and as such needs people to sit on various pimp thrones around the world to speak to children on his behalf. And being Santa is a very big responsibility, since you’re effectively holding the dreams of young children in your hands and if you destroy or damage that, you’re pretty much screwed in terms of karma, and life will probably make you eat endless shit sandwiches until you die.

With that in mind, anyone deciding to take up the mantle of St. Nick has mighty big boots to fill and they’re pretty much duty bound to stay in character no matter what. Even if say, their beard gets caught while abseiling leaving them stuck almost 20 feet in the air. That exact scenario happened to one Santa over in England and do you know what he did? He didn’t do shit. He stayed in character and waved to the children, because that’s what Santa would do.

Well, actually Santa would have used magic to fix everything then played a bitchin’ guitar solo, but like we said, big boots to fill. But we have to say it takes a special kind of guy to realize he’s stuck 20 feet in the air and only thinks about how best to angle his body away from civilians in case the rope breaks while waving to children who presume he can fly anyway.