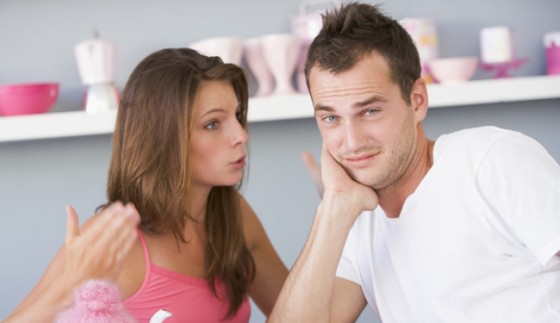 From the “isn’t love grand?” file comes this nugget of gold. A man jumped from a moving car Tuesday morning because he couldn’t stand listening to his nagging girlfriend.

Police said the man had taken his girlfriend out for her birthday Monday night, but as they drove home in the back of a friend’s car, he said he had it with bickering with his girlfriend… Police said the man couldn’t stand it any longer and wanted to get out immediately, so instead of waiting for the car to stop, he opened a rear passenger door and stepped out, or fell out, onto busy East Washington Avenue about 1 a.m. Tuesday.

That’s gratitude for you. He takes her out for her birthday then has to put up with her whining over a possible relocation to another state. Was leaping from a moving vehicle the smartest decision? No, especially since the guy smashed his head on the asphalt causing his brain to bleed. However, if you’ve ever been in this type of situation, it’s hard to fault him for resorting to extreme measures.

Incessant nagging is a woman’s most potent weapon. They know it pushes us to the edge of insanity, which is precisely why they do it. I’ve wanted to jump from a car on more than one occasion. It would be so much easier if we could just kick them out the door, but unfortunately the law frowns upon attempted murder. Nevertheless, this whole story reminds me of this awesome scene from Crazy, Stupid, Love.