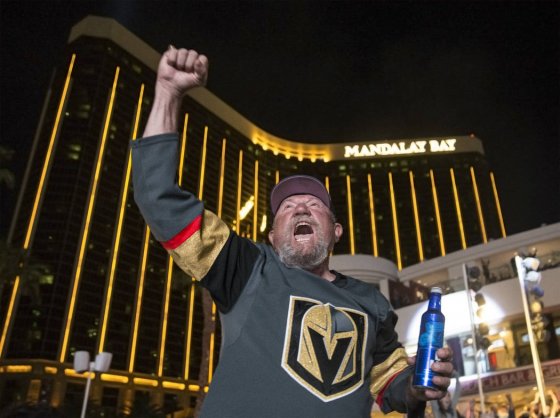 With the Las Vegas Aces kicking off their inaugural WNBA season at the Mandalay Bay Event Center and the Vegas Golden Knights in the Stanley Cup Finals, it’s a historic week for Las Vegas.

We’ve decided to revisit an incredible experience provided to us by MGM Resorts International, where we didn’t gamble even once, to show you that a trip to Las Vegas has so much more to offer for a sports fan than just “lost wages”. 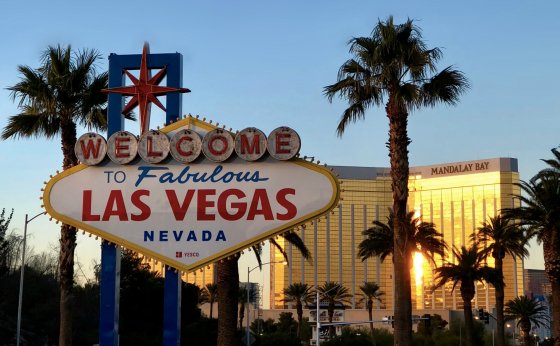 We were hosted by MGM Resorts at the beautiful Mandalay Bay Resort and Casino on the Las Vegas Strip. Mandalay Bay is the perfect destination. Whether you’re planning a trip with your friends, a romantic getaway with your partner, or even if you want to bring your kids, this resort offers a variety of activities to keep anyone entertained.

Mandalay Bay is a 43-story luxury resort and casino on the south end of the Las Vegas Strip. One of the towers on the property is The Delano. The resort has over 3,000 rooms and hosts a variety of events, including conventions, shows, concerts and sporting events.

We enjoyed a spacious Executive King Suite in the Mandalay Bay with an amazing view of the bustling strip and the mountains surrounding the valley. The room was so comfortable, we even opted to spend one of our mornings relaxing in our room’s seating area, taking advantage of the top-notch room service. 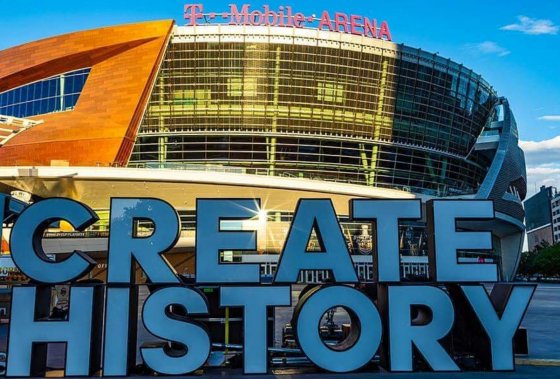 Vegas is known for hosting fights, and MGM Resorts makes it possible for you to see boxing matches that you normally would only get to watch on HBO. During our stay, we were able to sit ringside to see Miguel Roman knockout Orlando Salido in the 9th round of an exciting slugfest. This summer, MGM will host the WBO Welterweight World Title at MGM Grand Garden Arena.

Sin City is the home of the Las Vegas Aces WNBA team. When we visited, we were lucky enough to be invited to the House of Blues for the official reveal of the team’s logo. You could tell from the excitement surrounding the reveal that the team already had claimed the city’s heart. That was backed up this week when the Aces had their first game on their home court at Mandalay Bay Event Center, where they were welcomed by a packed crowd, Boys II Men, and the cast of Michael Jackson One. If you’re visiting Vegas this summer, make sure to check out a Las Vegas Aces game. MGM Resorts is also the host of the NBA Summer League. So, Vegas has basketball fans covered!

Who would have ever imagined Las Vegas would be a hockey city? But they’ve not only become enamored and obsessed with the sport, their team is actually good! The Vegas Golden Knights are in the Stanley Cup Finals. It’s almost unbelievable. The NHL expansion team has been making history since they first took the ice and this team, and the city behind it is not stopping! The Vegas Golden Knights home ice is located at the T-Mobile Arena in The Park Las Vegas. If you’re staying at Mandalay Bay, you can take the Mandalay Tram to Excalibur and then walk across the street to the T-Mobile Arena. It’s so much easier than having to worry about traffic and parking.

Las Vegas is now a bonafide sports town. There’s no arguing it. Whether you want to sit in the sports book at the casino and watch all games at once, or if you want to take in a live sporting event, Vegas is a destination for sports fans, and it’s a great time to be a part of history.

Rivea can only be described as laid back fine dining, with French and Italian influenced cuisine by Internationally celebrated Chef Alain Ducasse. With an airy and comfortable dining area, Rivea is the perfect place to meet with a group to enjoy great food and conversation. Among our favorite bites here were the Marinated Sea Bass appetizer, and the Angus Bone-in-Ribeye for the main course.

RiRa, an Irish Pub inside the Mandalay Place, is the perfect place to have lunch or meet friends to pre-game. With the entire bar made from pieces and parts of deconstructed pubs imported directly from Ireland, the history inside RiRa is just as compelling as their delicious eats. And, they have live music every Tuesday – Sunday night, flown in straight from Ireland.

We had a beautiful Sunday brunch at the Veranda in Four Seasons, tucked away from the hustle and bustle of the casino. Dine inside or on the terrace. We chose inside, closer to the buffet! Our favorites here were the breakfast pizza, Chilaquiles skillet, the Rustic Cut Corn Beef Hash, the Smoked Salmon (smoked in-house) and the fresh made-to-order mini donuts. Trust us, you’ll be thinking about those donuts for days.

What an incredible time! Before our meal, we had a cocktail and mixology class with Modern Mixologist Tony Abou-Ganim. We learned how to make proper martinis and swizzles. After that, we moved to the dining room of Libertine Social, a modern gastropub where we were served “American bar food with foodie flair” by James Beard Award-winning chef Shawn McClain. Every dish had amazing flavors delivered in unexpected ways. The next time you’re in Vegas, this location has everything you want in a high-end pub. Interesting decor. Great drink. Delicious food. 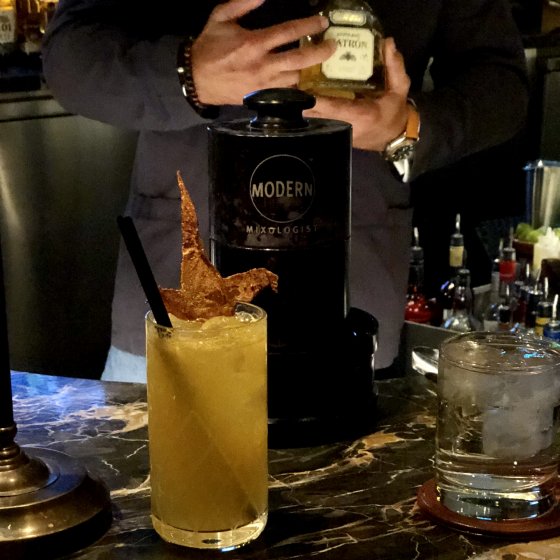 Michael Jackson ONE at Mandalay Bay was by far one of the best Cirque du Soleil shows we’ve ever seen. Magical. Mystical. Inspiring. And the athletic prowess of the performers was simply amazing! We couldn’t help but sing along to Michael Jackson’s hits during this completely immersive experience. 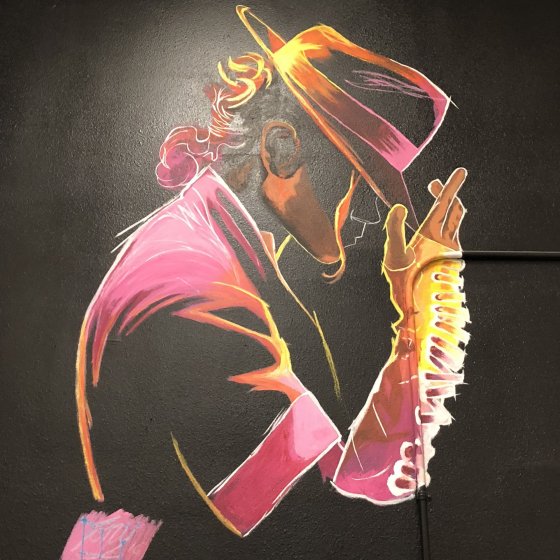 If you want to learn to play poker, Mandalay Bay offers lessons every afternoon. Our group had a Texas Hold ‘Em lesson and mini poker tournament (just for bragging rights) Our lack of bragging will clue you in on how we did, but it was a fun and informative afternoon. If you’ve never played poker and you want to understand, these free classes provided by the casino are a good place to start.

The BATHHOUSE Spa in the Delano offers ultimate relaxation and reprieve from your Vegas fun. We were treated to a 50-minute massage and then spent the rest of the afternoon enjoying the spa amenities; resting in the relaxation lounge, enjoying the sauna, steam room, and heated whirlpool before taking a cold plunge. Exactly what we needed to be ready for another Vegas night.

As you can see, Mandalay Bay Resort and Casino has it all. Go Knights!

The Fifteen Most Thrilling Roller Coasters in the World