Media > Movies > Mantervention : Get Over the Ex, and Onto the Next

Mantervention : Get Over the Ex, and Onto the Next 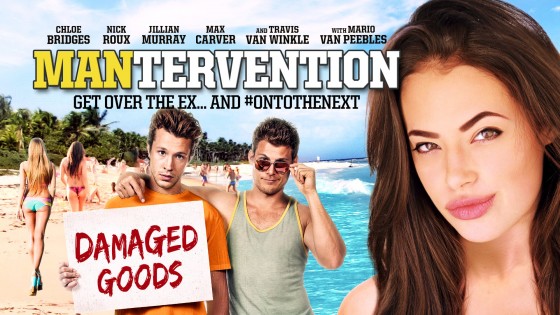 This post brought to you by Mantervention. All opinions are that of Gunaxin.

Mantervention is a new break-up comedy from Vision Films which features a heart-broken college student getting some advice from a friend. The unorthodox “man-tervention” filled with sex and debauchery is an effort to convert him into a player but ultimately there is some redeeming message about love or something. Honestly we were distracted by the sex and debauchery.

It’s a relatively familiar formula of a flick with over the top sexy ladies and crude humor seemingly saved in the end by the power of love. That’s a formula that tends to work though, as ladies get their romantic comedy while the men enjoy the cute coeds. So why mess with what works? Check out the trailer for a bevy of beauties in the grand tradition of Swingers, Wedding Crashers or Crazy, Stupid, Love.

We have two thoughts after watching that trailer :

Let us know your favorite line from the trailer in the comments section below, and you’ll be entered to win some Mantervention swag (signed DVDs, t-shirts, etc.)

Mantervention is available now via Vimeo, iTunes, and many more on-demand services. Screenings are happening in select cities with VOD and release details (including what stars and crew from the film may be in attendance) found on the Mantervention website. Check out Mantervention on Facebook, Twitter and Instagram for more information on the film.